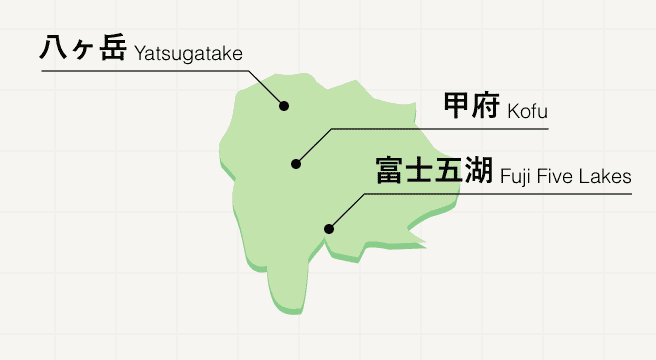 Yamanashi prefecture is the proud home of one of Japan's most celebrated icons: Mount Fuji. Although the mountain straddles both Yamanashi and Shizuoka, the most breathtaking views of Fuji-san can be seen from the Fuji Five Lakes north of the mountain in Yamanashi prefecture. The plethora of outdoor activities in and around the lakes all have the benefit of the country's highest mountain as their backdrop, and we can assure you that it is an unforgettable sight.