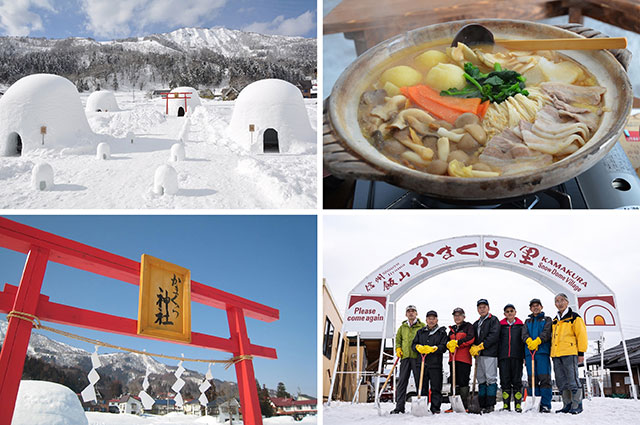 When winter reaches its peak, and the area is caked in a thick layer of fresh snow, the town of Iiyama in the north of Nagano offers an unusual and fun way to spend an evening (or lunchtime) dining. Every year from January, over twenty igloo-like snow-houses, known as kamakura in Japanese, are erected, and steaming bowls of nabe (Japanese hot pot) are served up inside.