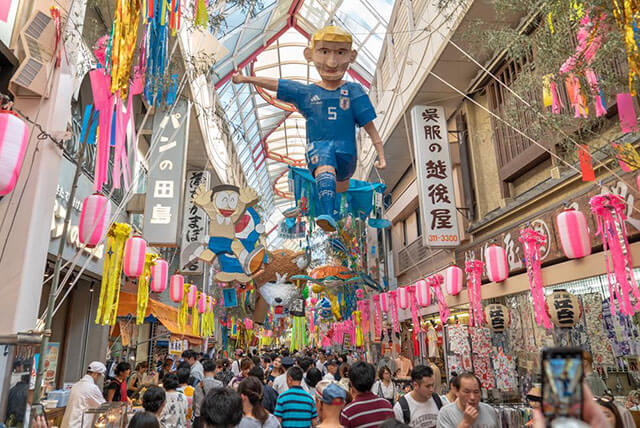 A summer in Japan isn’t complete without a visit to a local matsuri, or festival. Every summer towns both large and small put together a matsuri to celebrate the season with the local community and visitors. Every festival has the same core, delicious street stall food, women dressed in colorful yukata and men in casual jinbei, and of course, dancing and folk music. From here, each festival shows off its own distinctive flare, from community dance group performances to traditional art displays passed down through the generations. Every festival is different and highlights the special talents of the town.