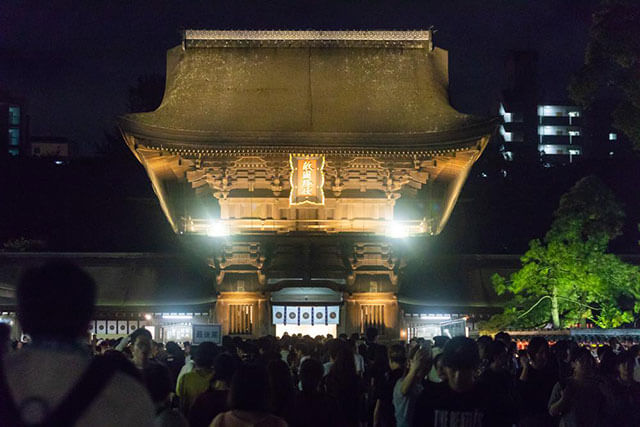 For centuries, the Hojoya Festival has been the biggest event on the calendar of this city. In the middle of September, the Hakozaki Shrine is thronged by locals taking part in shrine ceremonies, picking up matsuri souvenirs, and tanking up at the hundreds of street stalls.