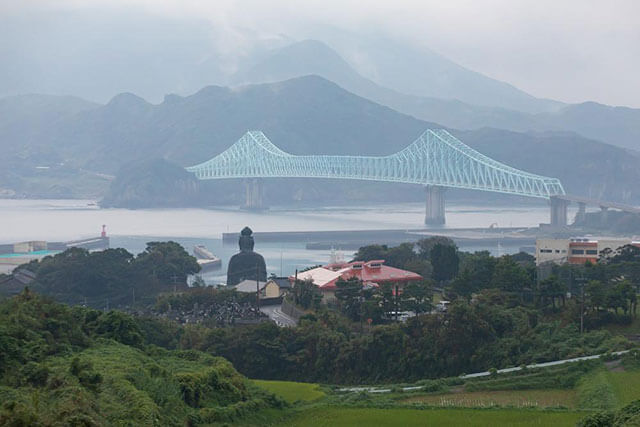 Linked by a bridge to Hirado Island and now part of the same municipal jurisdiction, Ikitsuki Island makes a good day trip from the larger island. The island is famed for its stunning natural scenery, legacy of whaling and fishing, and sites of the hidden Christians that fled there to escape persecution. It’s about a half hour drive from the foot of the Hirado Bridge to the Ikitsuki Bridge on-ramp, so there’s plenty of time to explore what Ikitsuki has to offer.