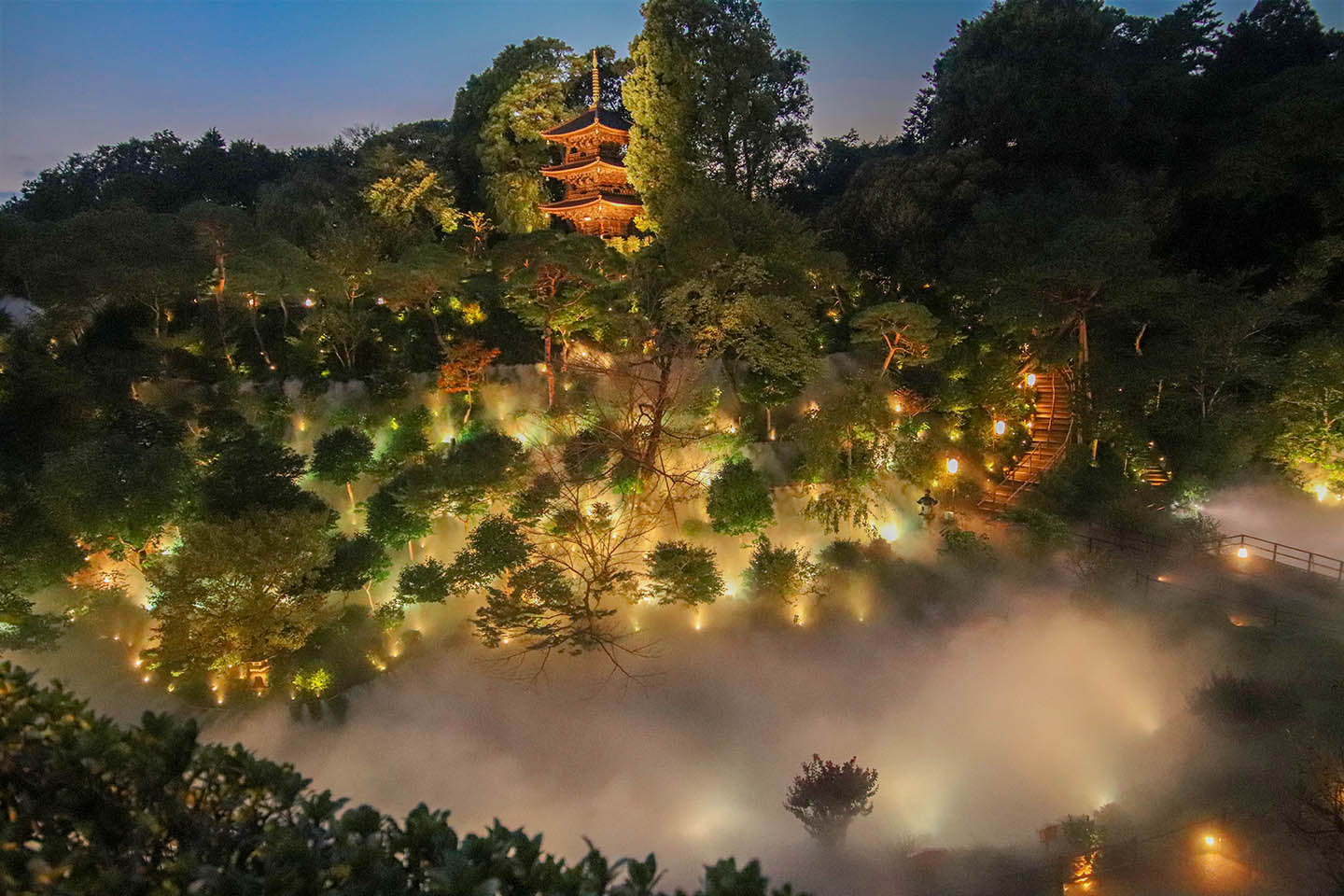 Tokyo Sea of Clouds and 1,000 Lights at Hotel Chinzanso Tokyo

Admire and witness the sea of clouds at a historical garden in a Japanese luxury hotel, Hotel Chinzanso Tokyo. The hotel registered on the L.V.X collection of Preferred Hotel & Resorts promises an extraordinary experience throughout the year in the middle of Tokyo. Behold the majestic moment of the vast expanse clouds floating in their beautiful garden lit up with 1000 LED lights.