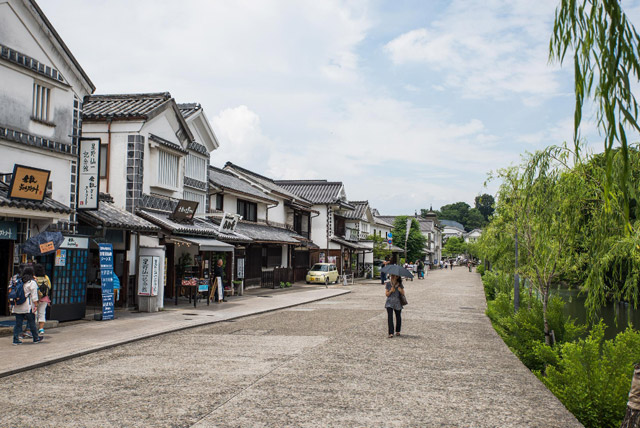 Kurashiki, with its population of 483,000, is a great historic city situated in western Okayama Prefecture. It resides on the Takahashi River, which flows in from the coast of the Inland Sea, and is connected to the city of Sakaide in Kagawa Prefecture by the Great Seto Bridge.