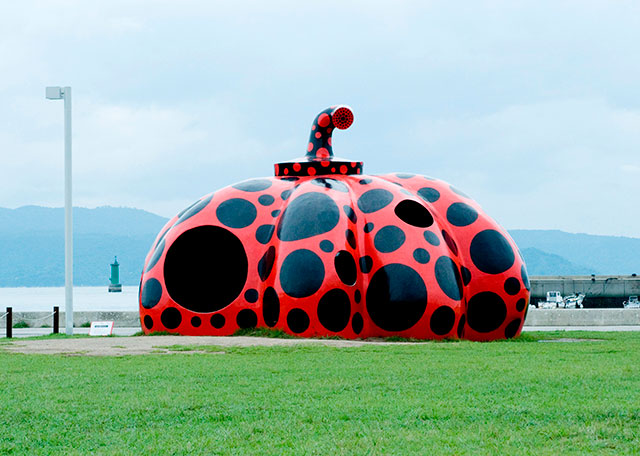 The Setouchi Triennale is a festival of contemporary art that takes place every three years over twelve small islands located in the picturesque setting of the Seto Inland Sea – a stretch of ocean that separates the biggest of Japan’s main island, Honshu and the smaller island of Shikoku. Access to the various islands is mostly by ferry from various ports, Takamatsu Port being the main hub.