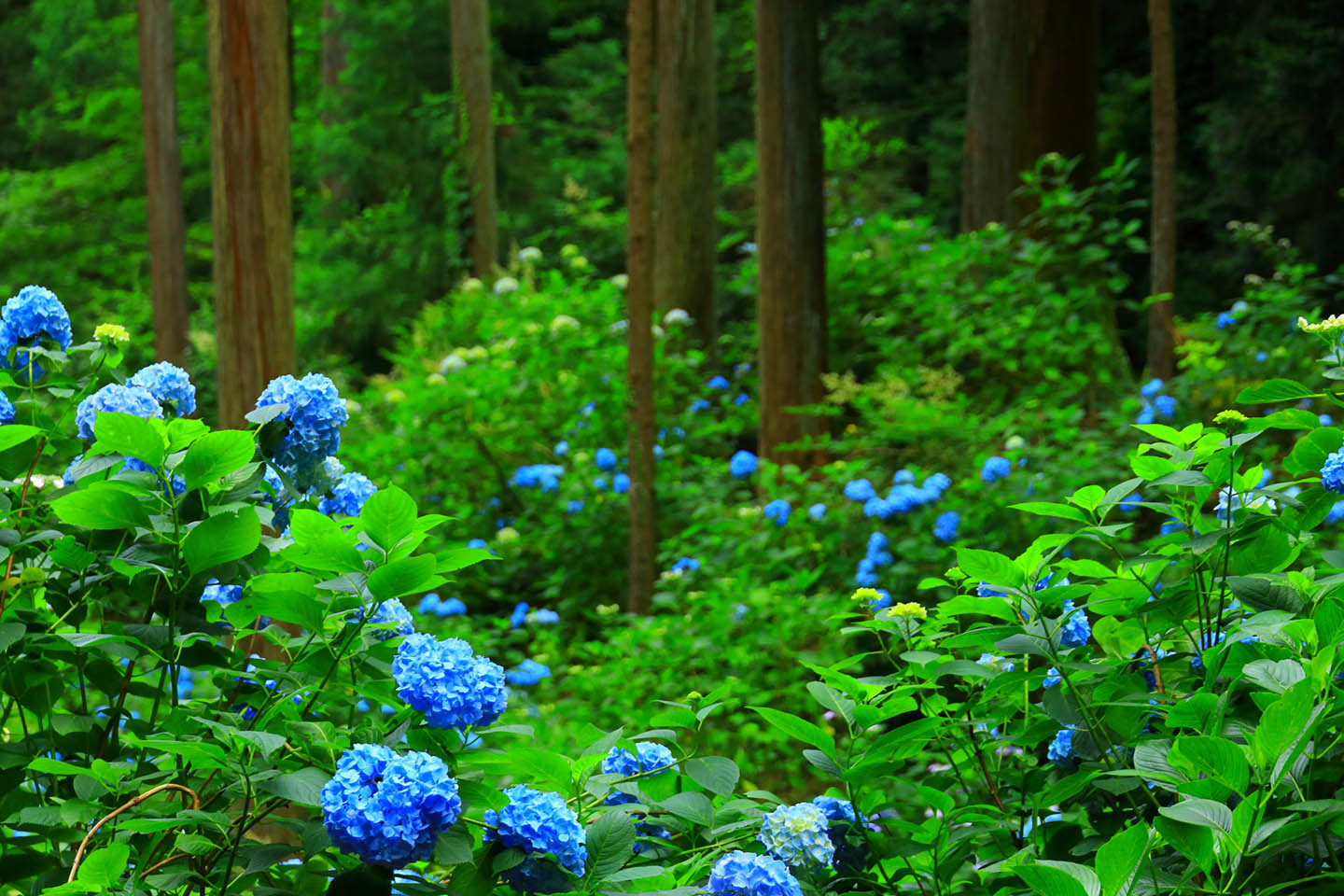 Minamisawa Ajisai (Hydrangea) Mountain is a mountain located in Akiruno City, a 30 minute drive from Akiruno Interchange or 40 minute hike from JR Musashi-Itsukaichi Station is renowned for its bigleaf hydrangeas. Unlike its name, "Mountain", this place is actually not a mountain, but more like a forest where over 10,000 hydrangeas have been planted on the hillside in the valley, by a local man, Chuichi Minamisawa, who has been planting them for half a century.