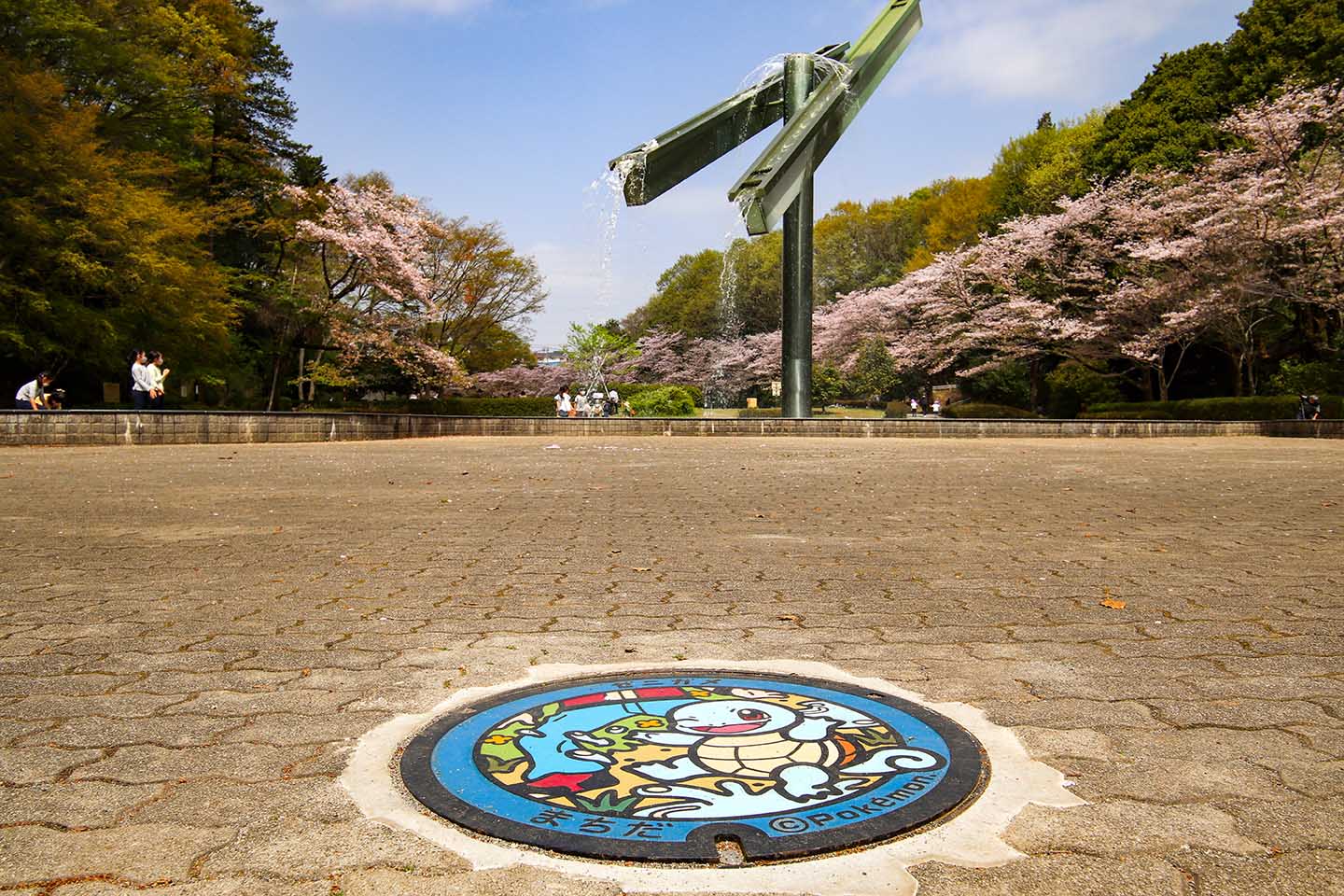 Utility Hole Cover with a Pokémon Design in Serigaya Park

Utility hole covers have gained popularity as art in recent years with designs unique to each location. However little is known but this utility hole cover art goes way back in 1977 when Okinawa first installed their horse mackerel motif cover. Since then, local governments and other organizations have adopted these stylized utility hole covers.
To help boost tourism in rural and lesser-known destinations, a world-renowned character from the world-popular franchise, Pokémon has been serving as an artistic cover for utility holes. Familiarly known as Poké Lids than just utility hole covers, since 2019, it has been installed throughout the country with 6 in Tokyo as part of the Pokémon Local Acts project.