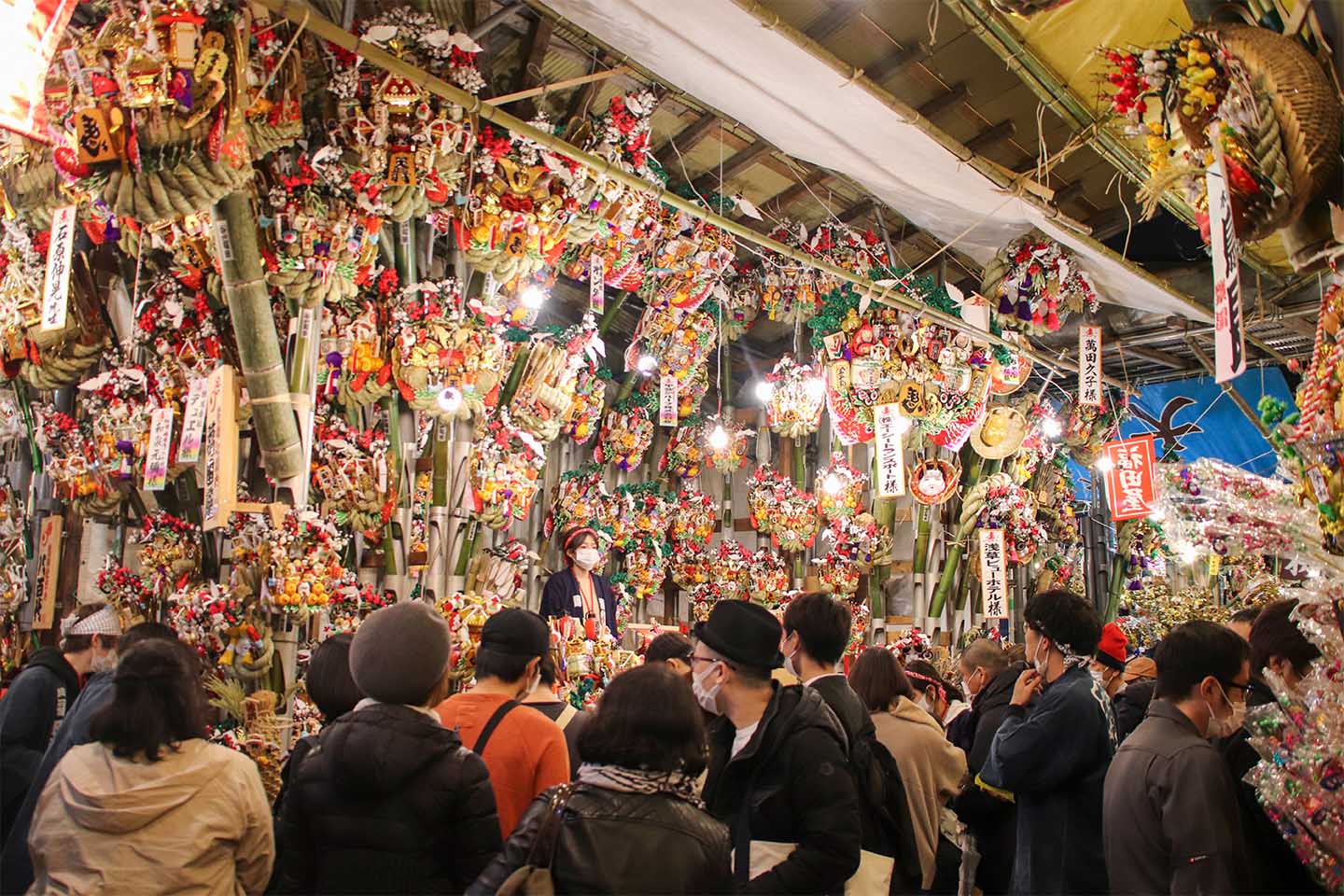 Asakusa is known for a lot of tourist attractions, but for a few days a year in November on days that the lunar calendar designates as days of the rooster, it hosts Tori-no-Ichi, a.k.a Rooster Market/Festival that attracts about 700,000 visitors annually. The one held at Otori Shrine in Asakusa and together with the neighboring Juzaisan Chokoku-ji Temple,makes the largest out of the 3 Greatest Tori no Ichi festivals in the Kanto region.