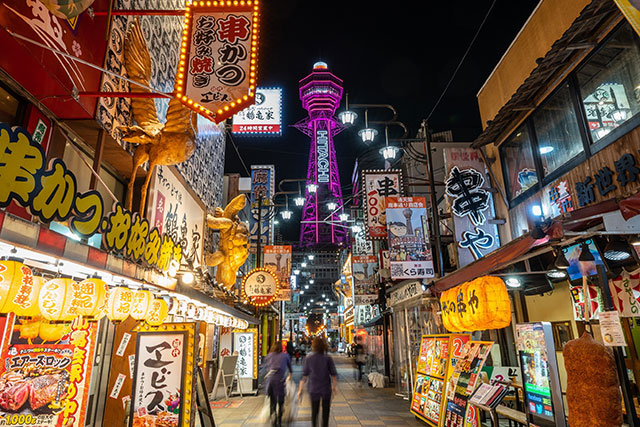 In the “New World” of Osaka’s Shinsekai

The Shinsekai district represents the side of Osaka (and the Kansai region in general) that locals and outsiders alike think of as emblematic of the city – that is garish, raucous and blue collar. A network of back alleys, filled with retro bars, marketplaces and other hangouts sit side by side with independent enterprises, game-halls from a distant past and seedy side-streets.