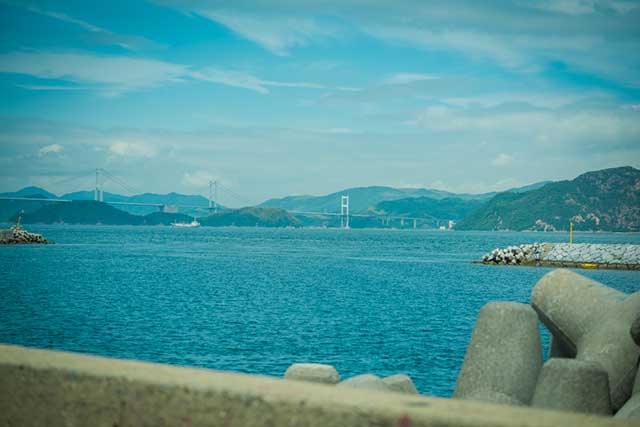 Imabari is a mid-sized city located in Ehime prefecture, on the northern shore of Shikoku, the smallest and least populous of the four main islands of Japan. It makes up one of the terminus of the about 60-kilometer-long Shimanami Kaido cycling route.