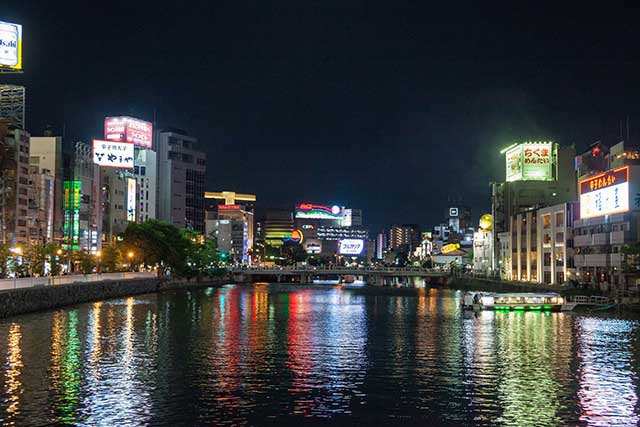 Fukuoka’s Nightlife : Check Out These Six Areas after the Sun Sets

From wherever you look at it, Fukuoka is a colourful coastal city. At night, this vibrant town turns up its hues, offering a few different facets and entertainment options. Fukuoka’s nightlife is centred in Nakasu Island, and spills out to nearby areas both in Hakata Ward and Tenjin.