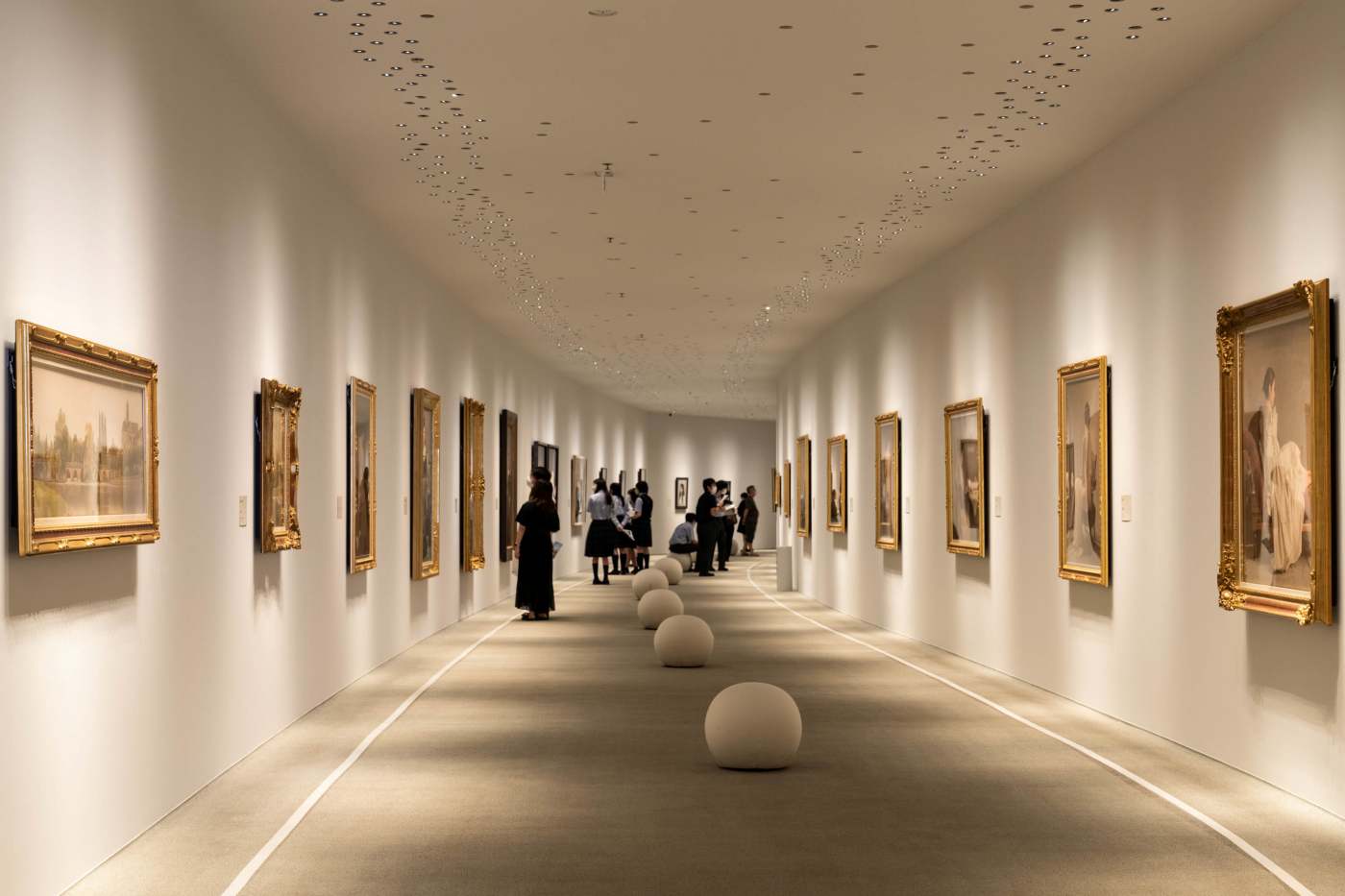 The gallery curves out of sight up ahead, creating an organic feel

The Hoki Museum is Japan’s first and only museum dedicated to Hyperrealism, a style of painting in which artists strive to depict their subjects with camera-like precision. It opened its doors in November 2010, showcasing the collection of Hyperrealist art assembled by Masao Hoki after he stepped down from the helm of Hogy Medical five years earlier.