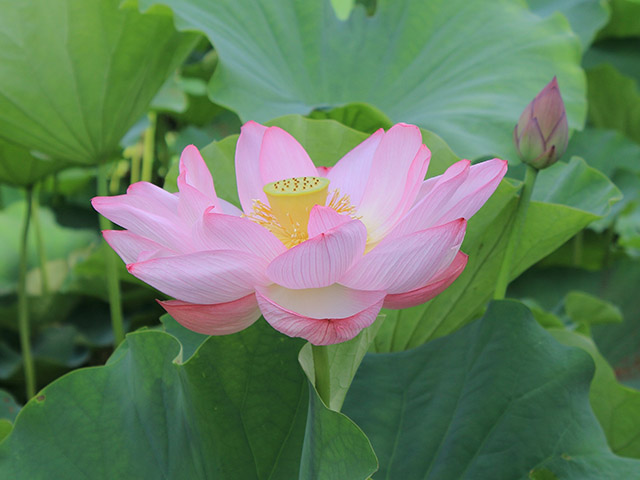 The lotus has been admired for its beauty and purity for thousands of years. Buddhist writers used the lotus as a symbol of enlightenment, emphasizing the way it rises unblemished from the muddiest pondwater. Sometimes the gradual unfolding of the lotus blossom was even likened to specific stages on the path to liberation.

Japan is full of ponds where lotuses bloom in profusion each summer, and outings to admire these blossoms from late July to mid-August have a place in the calendar of most seasonal flower-watchers. Here are four of the best lotus ponds in the Kanto region in and around Tokyo. Remember—most lotus blossoms open in the morning and close around midday when it gets too hot, so make sure to visit early in the day!