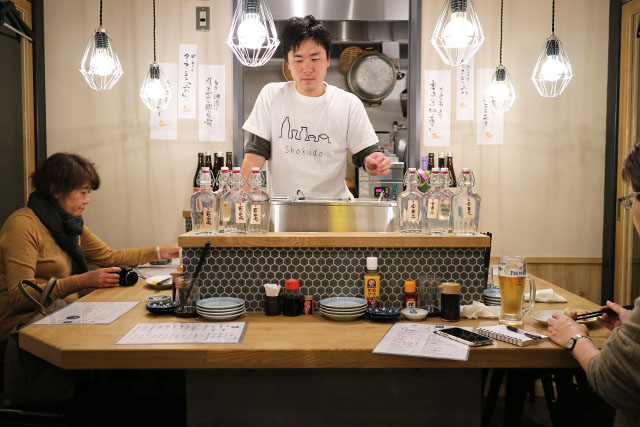 Opening on February 20th, 2020, Hibikoji (日ゞ小路) is a “neo-yokocho” in the Hibiya Kokusai Building and is inspired by the many yokochos in Japan, such as Shinjuku Golden Gai and Omoide Yokocho.

It features several izakayas where you can enjoy gourmet Kyushu cuisines such as yakitori, okonomiyaki, gyoza, and seafood, accompanied by local sake and an authentic food stall atmosphere. It’s close to the sightseeing spots of Ginza and Hibiya Park and is affordable enough that you can hop between a few eateries during your visit.