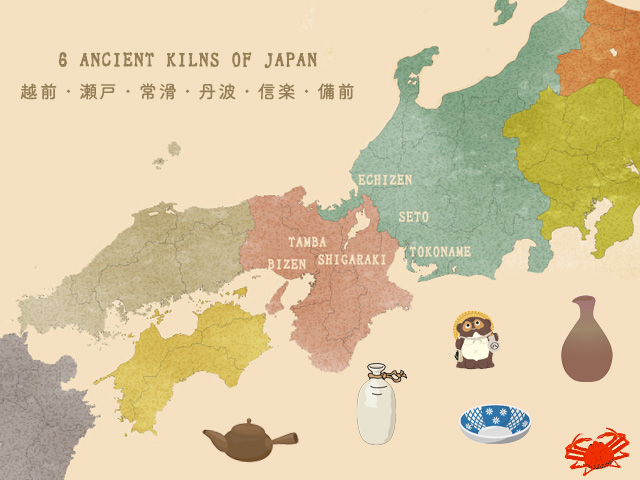 Six Ancient Kilns of Japan: More than 1000 years of history

Japan, one of the largest island country in the world are a jewel box of ceramic productions. The natural environment of mountainous land made it easier to gather woods from the forest to burn ceramics in the kiln, the river and the ocean helped transport goods in and out of the cities and countries, and the soils were rich and best suitable for making ceramics, especially in the major ceramics production areas known as the Six Ancient Kilns of Japan (Rokkoyo in Japanese). These natural factors in those areas helped preserve the thousand year craft skills inheriting the original production method which still exists today. This article will take you back in history and some facts about these ancient kilns in Japan.