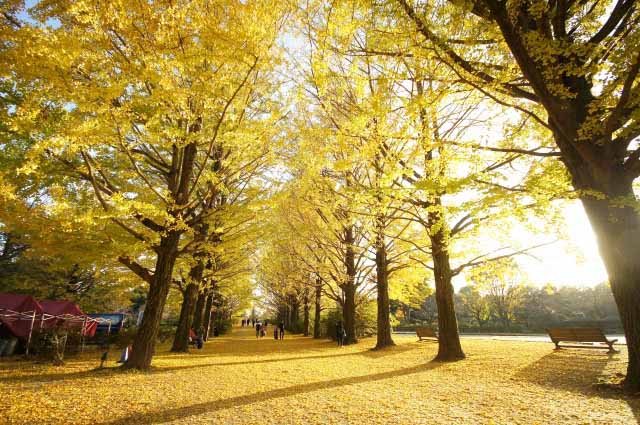 Where to see golden carpet of Gingko trees in Tokyo

For most of the year Tokyo’s Gingko trees display their leaves as a fresh, summery green, but when autumn arrives the leaves transform into a stunning shade of golden, glowing yellow, which can be seen at its peak from late November to mid-December. It’s a sight that becomes even more superb when the leaves fall to the ground, creating magical golden carpets. Let’s take a look at 10 locations in the Tokyo area where this prime example of nature’s beauty can be appreciated.