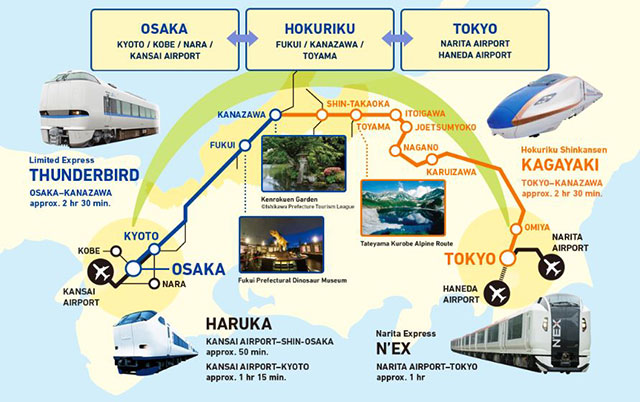 Did you know that you can take advantage of unlimited rides over seven days from major airports/stations in Osaka and Tokyo to the Hokuriku area? In this article, we will introduce the Hokuriku Arch Pass, which allows you to travel freely on the Hokuriku Shinkansen and Limited Express trains while experiencing everything the Osaka, Tokyo, and Hokuriku areas have to offer. We’ll explain why it’s an affordable option for traveling around the region and offer a recommended itinerary to help you make the most of your week.