A hot spring district known for the plumes of steam which rise up from the ground throughout its borders; the picturesque scenery this creates serves as a symbol of Beppu. Many of the famous Hells of Beppu (visually stunning hot springs which are meant to be viewed rather than bathed in) are located in this district, and the waters are famously described with the poetic phrase, 1,000 ryo (old coin) worth of hot water gush forth in a single night. The Bungo fudoki, an ancient record of the region compiled in the early Nara period, notes that much steam, boiling water, and hot mud emerges from the ground in this area; called a Hell since ancient times, it is believed the land here was long abhorred and feared. In the Kamakura period, after the great priest Ippen founded the Mushiyu bathhouse, many public bathhouses and ryokan inns came to be built one next to the other in the area. Even today, the places where hot spring waters emerge from the ground continue to generate an abundance of steam and are called Hells in the area. This hot spring district is perhaps the most celebrated and well-known of all those in Beppu. 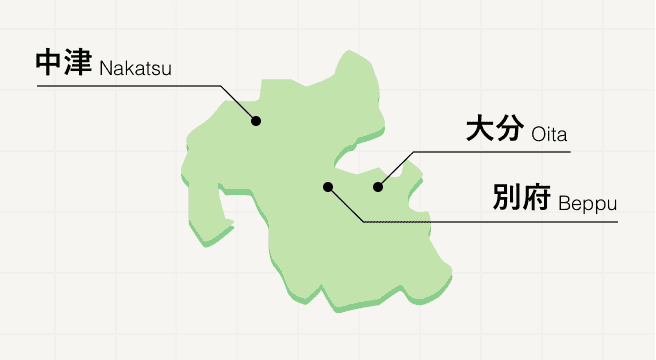