This coastal area southwest of Ito City, Shizuoka Prefecture was formed some 4,000 years ago when Mt. Omuro erupted and lava flowed into the ocean, after which the waves eroded the rock over many years, creating rough and precipitous cliffs. There is a nine kilometer long “Picnical Course” hiking trail following the peninsula renowned as a key sightseeing destination in Izu. Notable locations along the course include the thrilling 48 meter long, 23 meter high Kadowaki Suspension Bridge and the Kadowakisaki Lighthouse, which also has a viewing platform for visitors. In addition to offering beautiful views of the Seven Islands of Izu, the area is also a popular diving spot. 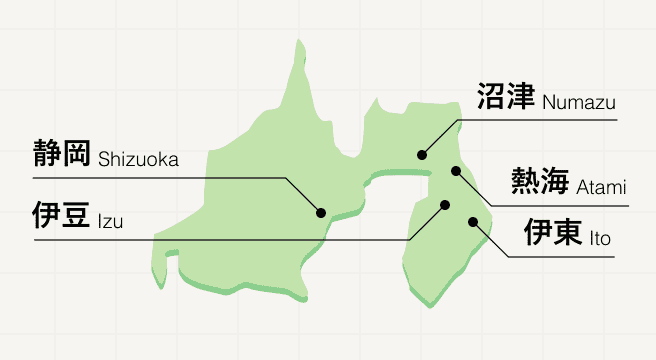