"This island in the Genkai Sea is the 20th largest in Japan besides those of Okinawa. Located at a prime spot for maritime traffic, it was described in the ancient documents of the Gishiwajinden and the Nihon Shoki. This long history gained it certification as one of the Japan Heritage sites in 2015. Besides natural sites like ""Onino Ashiato (Devil's Footprint)"" with its connection to the legend of Onigashima and Tatsunoshima Island, which can only be visited between March and November, it has a diversity of other popular tourist spots including burial mounds, ruins, and Iki Nanasha (Seven shrines). There are also a number of annual events like the Ikinoshima Island New Year Marathon and Sumiyoshi Taisha Shrine's Iki Daidai Kagura. This ancient ritual music and dance has been designated an Important Intangible Cultural Property. " 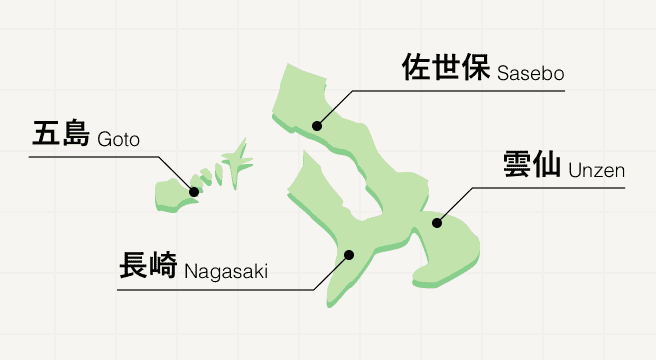