Tottori Sand Dunes run along the Sea of Japan coast in Tottori City. They are the largest dunes in Japan and extend 16 kilometers from east to west and 2.4 kilometers from north to south. The landscape formed by the granite sand which is carried from the Chugoku Mountains due to the swift current of the Sendai River and the sea breeze from the Sea of Japan is beautiful. From the viewpoint of these dunes having characteristic topography, there are places with large depressions which are called “suri-bachi” because their shapes resemble that of an earthenware mortar, and it is said that large ones can be as much as 40 meters deep. It is also fun to ride a sightseeing camel through the sand dunes or glide over the sand on a sand board. The sand dunes were designated as a Natural Monument of Japan in 1955, and were selected as one of Japan’s top 100 geological features in 2007. 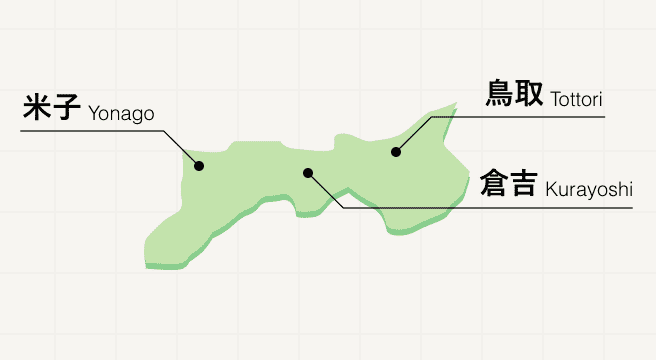