Tappizaki Cape is located in the extreme north of the Tsugaru Peninsula—it is a cape which juts out into the Tsugaru Strait. “Tappizaki Lighthouse” located on this cape was also selected as one of the 50 Best Lighthouses in Japan. An esplanade is maintained in the environs of the cape, and when the climate is good, you can command a view of Tsugaru Strait and also of Matsumae Peninsula in Hokkaido. There are monuments such as the “literary monument of Osamu Dazai” which has a sentence from “Tsugaru” by Osamu Dazai carved on it, and there is also the song monument of “Tsugaru Kaikyo Fuyu-geshiki” (Waterscape of the Tsugaru Straits) sang by Sayuri Ishikawa. 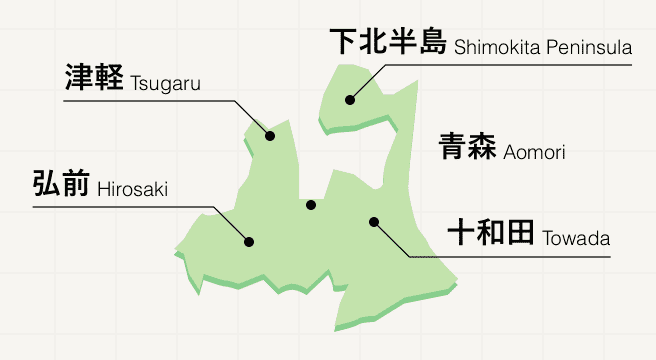