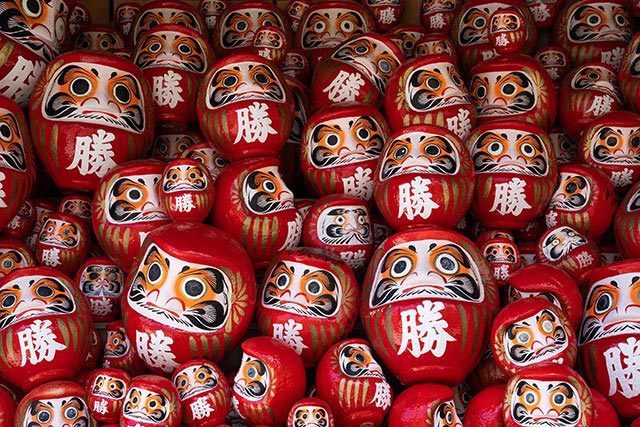 The Daruma Temples of Kyoto and Osaka

Anybody who has visited Japan before has no-doubt come across a Daruma or two while on their travels, with their unmistakable looks and a wide presence across the country, they’re pretty hard to miss! The bright red dolls, often with intricately painted details in the face are a popular souvenir for travelers to Japan to take back home. But what exactly is a daruma, and where does this quirky character synonymous with Japan and Buddhism actually come from?