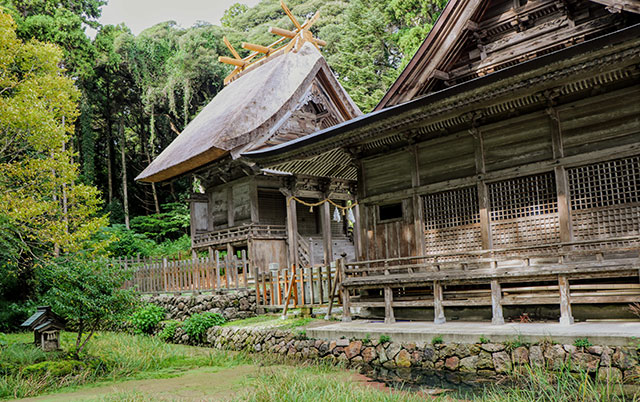 The largest of the Oki Islands, Dogo is a volcanic land of ancient trees, rocky coastlines and incredible sunsets. Surrounded by the Sea of Japan, the Oki Islands were formed by volcanic activity and have developed a unique ecosystem thanks to their remote location and geohisto-ry. As a designated UNESCO Global Geopark, they offer a bounty of natural highlights, from centuries-old cedars to striking rock formations perched along the shorelines.

Be it by bike, sightseeing bus or car, the island is ripe for exploration, with hiking trails offering views across the ocean and entry deep into the lush green forests. Offering diverse land-scapes as well as a cultural history of traditional fishing and unusual festivals, Dogo is the per-fect introduction to the Oki Islands.