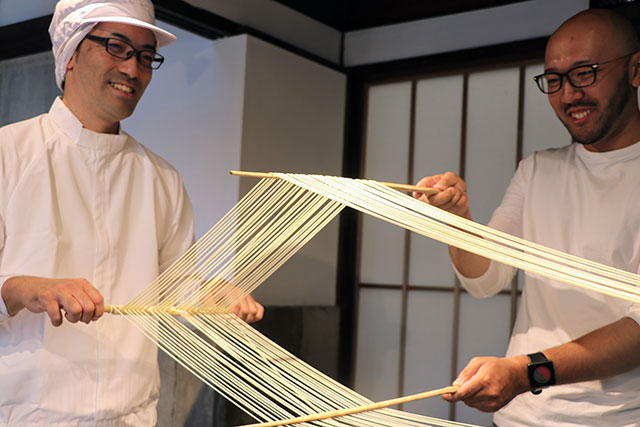 As the second largest of the Goto Islands, Nakadori is a peaceful but thriving community with a culture of crafts, Christianity and plenty of opportunities for day-trips. Home to Goto’s long tradition of udon-making and camellia oil pressing, the islanders are a self-sufficient and welcome visitors who want to try their hand at the unusual crafts. You can fish for your supper, island-hop and stretch your own noodles, all while relaxing into the island pace of life that Nakadori has perfected over generations.