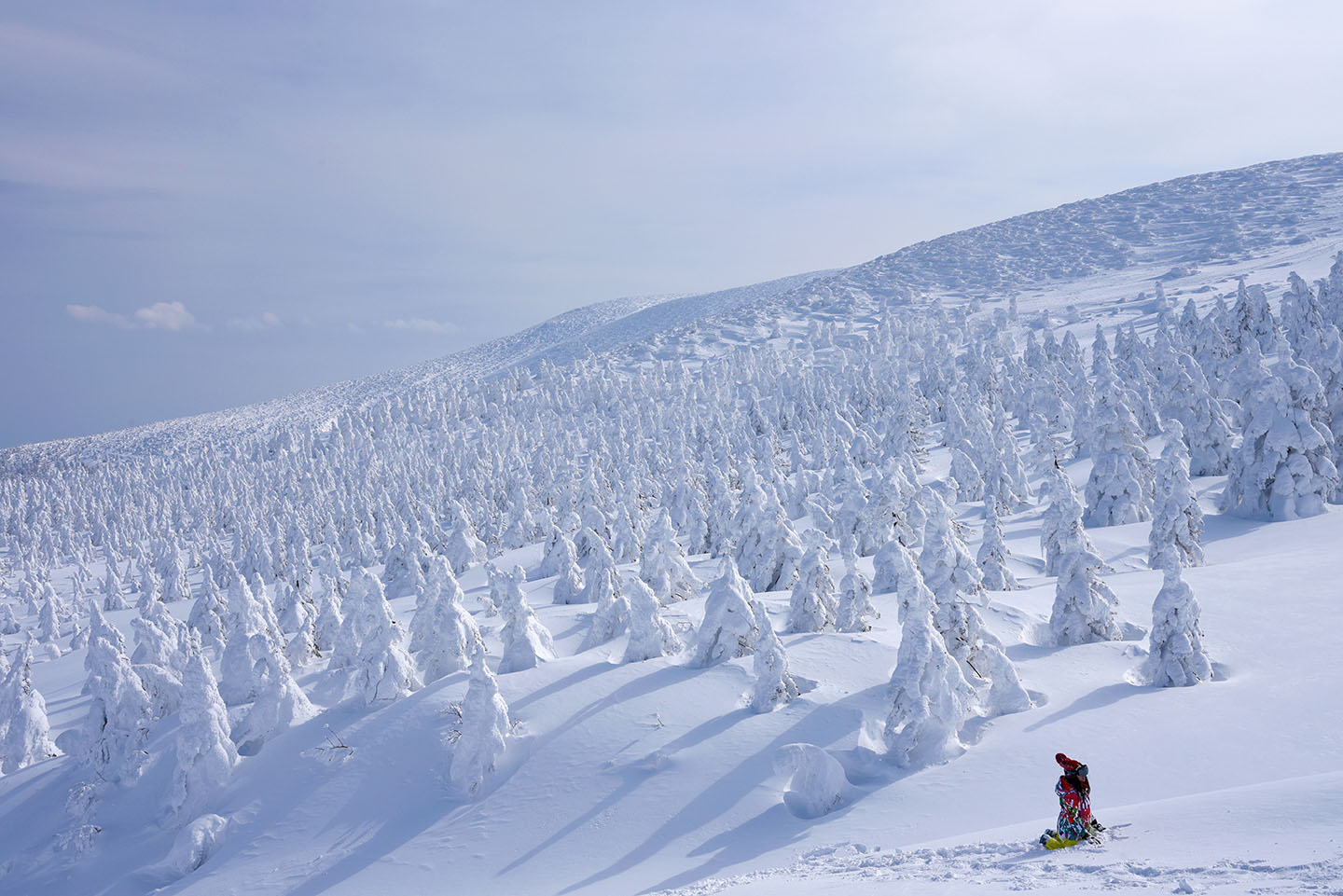 On the summit of Mt. Zao, a combination of Siberian winds and heavy snowfall creates dozens of frost-covered trees all around, and these are strikingly known as “Zao snow monsters” or otherwise, “juhyo” in Japanese. While this magical natural beauty may seem like needs quite a hassle to climb up the mountain, it can be easily seen on the upper ice-field course of Zao Onsen Ski Resort.