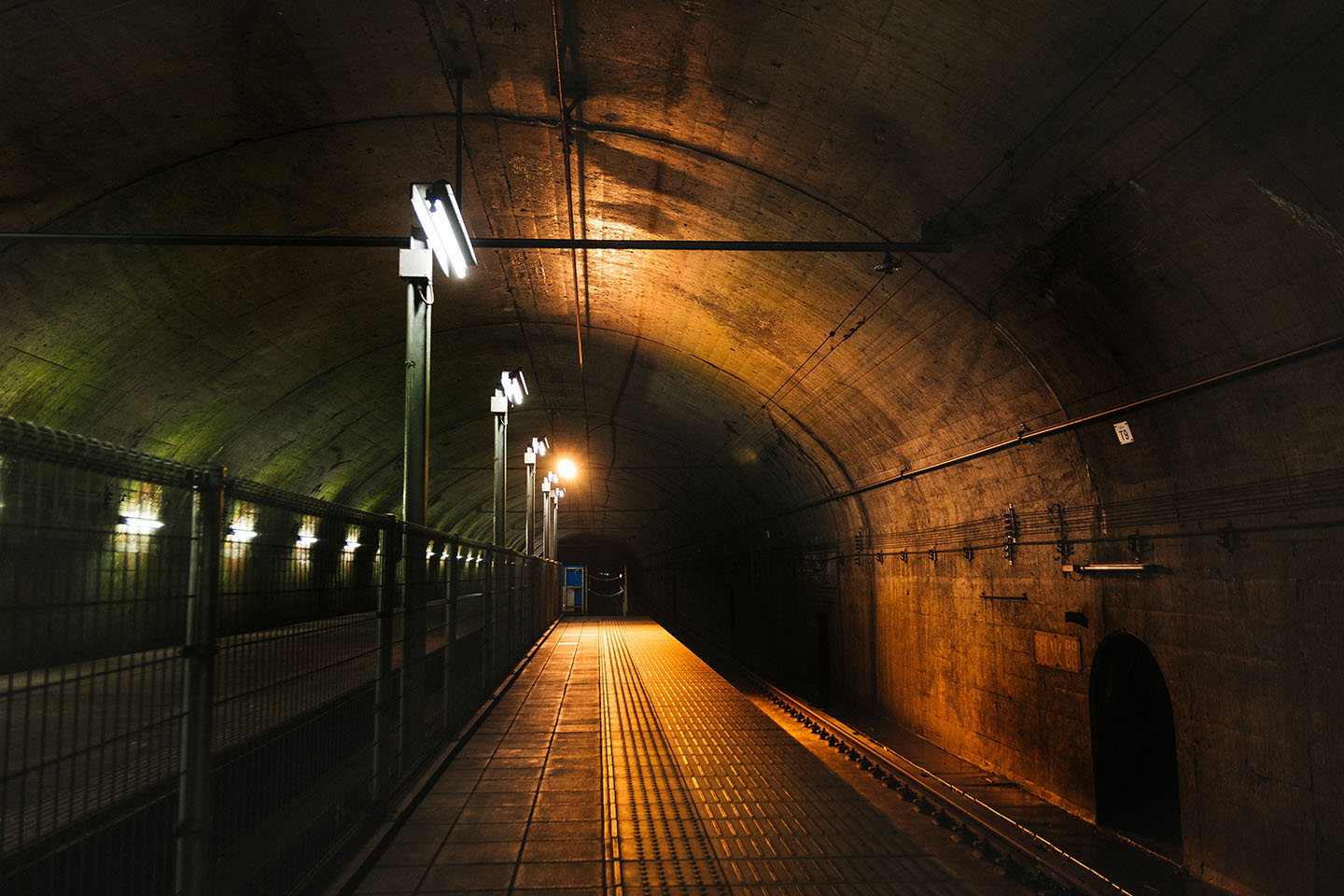 Doai Station on the JR Joetsu Line is like an underground fortress with 462 stairs to the platform, and is the deepest “mole” station in Japan. The station is located in the middle of the Shin-Shimizu Tunnel (13,500m), which runs through the mountainous area on the border between Gunma and Niigata Prefectures. With no escalators or elevators, visitors will need to crawl out of this dungeon on foot to the escape into the sun from the damp mist swirling underworld.