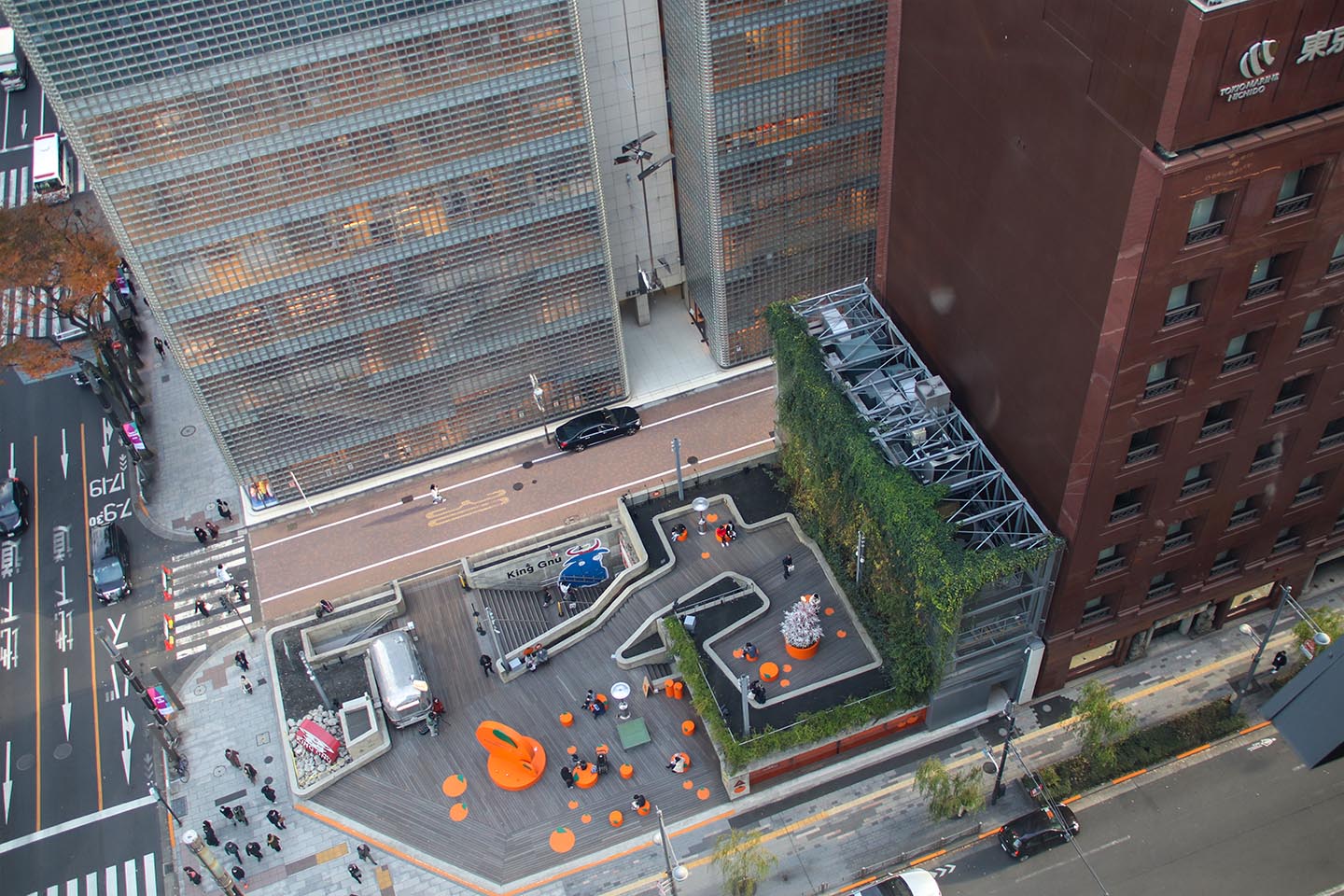 An experimental, ever-changing park with a series of subterranean attractions, Ginza Sony Park began its season 2 of their redevelopment from October 2020. The new season is expected to last until September 2021, transforming the park into a more “flatter” park in the middle of the city than before. Until the park closes in 2021 to start the construction of the new Ginza Sony Park building, season 2 of the redevelopment opens 3 new shops and closes the ones before and will host a number of events in collaboration with different artists and creators.