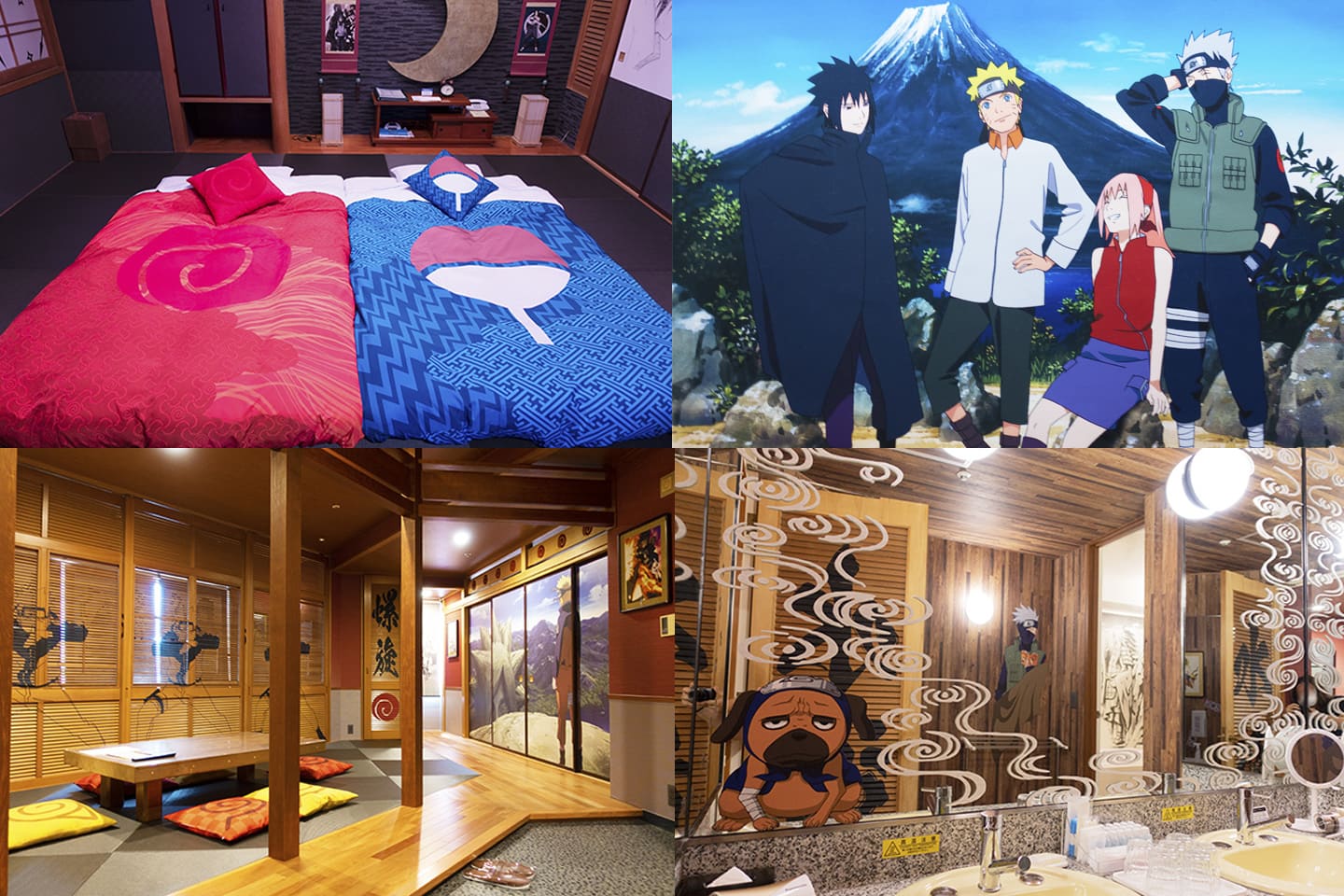 In July 2019 at Highland Resort Hotel & Spa, a resort hotel that is directly connected to Fuji-Q Highland (amusement park) opened a Naruto themed room, “Shinobi no Ma Japanese Ninja Suite Room Naruto”. Any fans of Naruto should definitely add this to their bucket list!