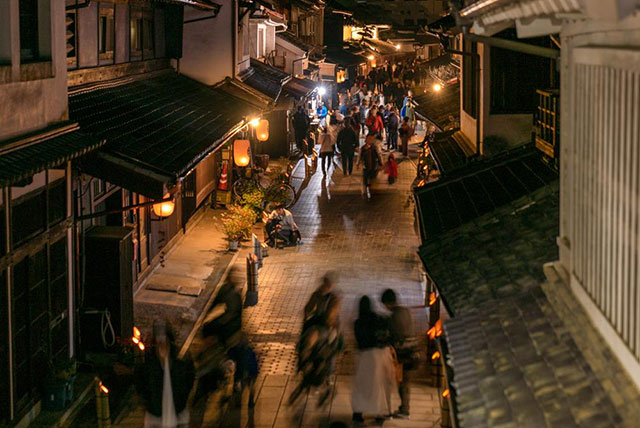 Plumes of steam from bowls of oden, candles flickering in bamboo holders. Welcome to Takehara’s festival of lights. At the end of October, the streets of Takehara’s old town are lit up with bamboo candles, lanterns and lights in a celebration of the Shokei no Michi festival. The festival has a relatively—in a country with some festivals stretching back centuries—short history but it has helped revive interest in the town’s preserved historical district and the distinct local culture of Takehara.