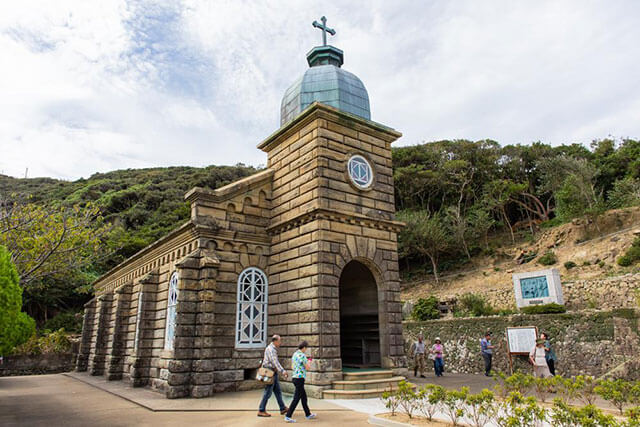 The churches of Shinkamigoto tell a story about martyrs, narrow escapes and resilience. Out on Kashiragashima, one of the northernmost islets of the Goto chain, stands one of the finest of the islands’ chapels, a utilitarian yet beautiful sandstone church is part of a collection of churches, cemeteries, monuments and shrines (officially, “Churches and Christian Sites in Nagasaki”) that have been named a UNESCO World Cultural Heritage site.