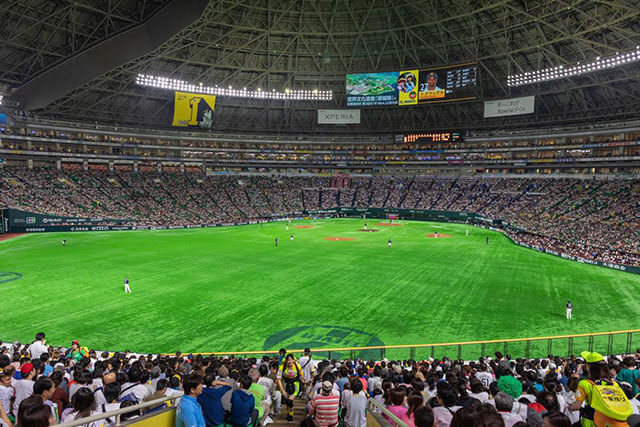 It’s a cliche at this point to say that the Japanese treat baseball like a religion. Like any religion, it has its cathedrals: some, like the storied Korakuen Stadium were demolished to make way for bigger ballparks, and others like Koshien Stadium in Kobe and Meiji Jingu Stadium are still going strong. To stretch the analogy just a bit further, Fukuoka Yahuoku! Dome, home field of the Softbank Hawks of the Nippon Professional Baseball league franchise, would be the equivalent of a suburban megachurch. A day out at the ballpark in Fukuoka satisfies local boosters and baseball purists, but there’s plenty for even the most casual fan to appreciate.