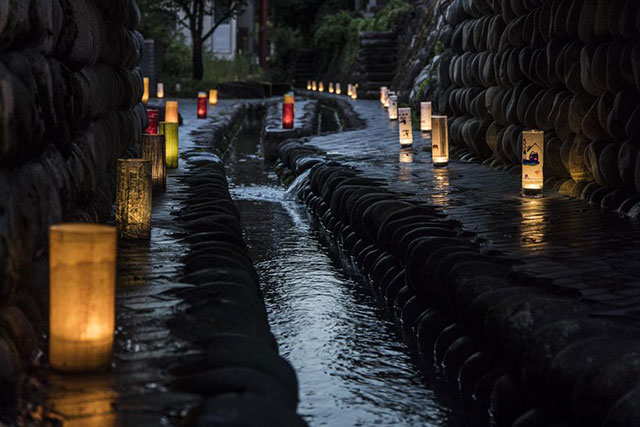 A festival of lights in Katsuyama: Akari Matsuri

Katsuyama’s Akari Matsuri (literally, “Lighting Festival”) takes place in the city in late summer, usually around the Bon Festival, and is centered on the Honmachi neighborhood around the Kagetsuro building and Oshozu. Lanterns are lined up along the walkways and alleys of the city, turning the old town into a fantasy land. Locals and visitors to the city join together to appreciate the unique atmosphere in Katsuyama’s old town.