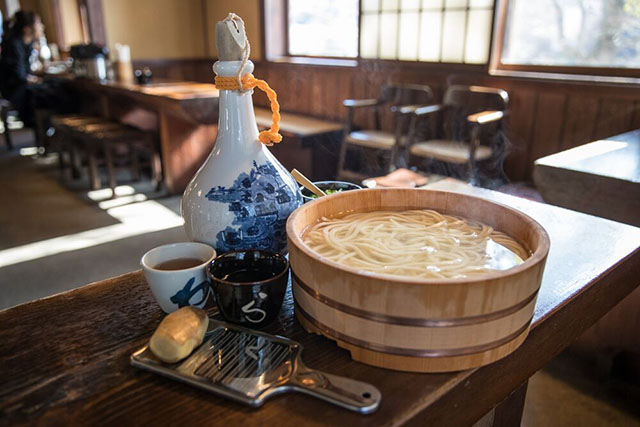 Where to Eat in Kagawa

Kagawa Prefecture’s abundance of natural resources, including the Seto Inland Sea, have made both its seafood and its flour-based udon noodles (known as Sanuki Udon) revered far and wide. Shikoku is best known for its 88-temple Buddhist pilgrimage, but Kagawa is also a destination for noodle disciples, who travel from all over Japan to enjoy authentic Sanuki Udon at restaurants such as Waraya. For sweet lovers anmochizoni is a must-try for its singular taste, while Shodoshima’s status as the olive heartland of Japan has inspired local specialities such as Olive Yellowtail.