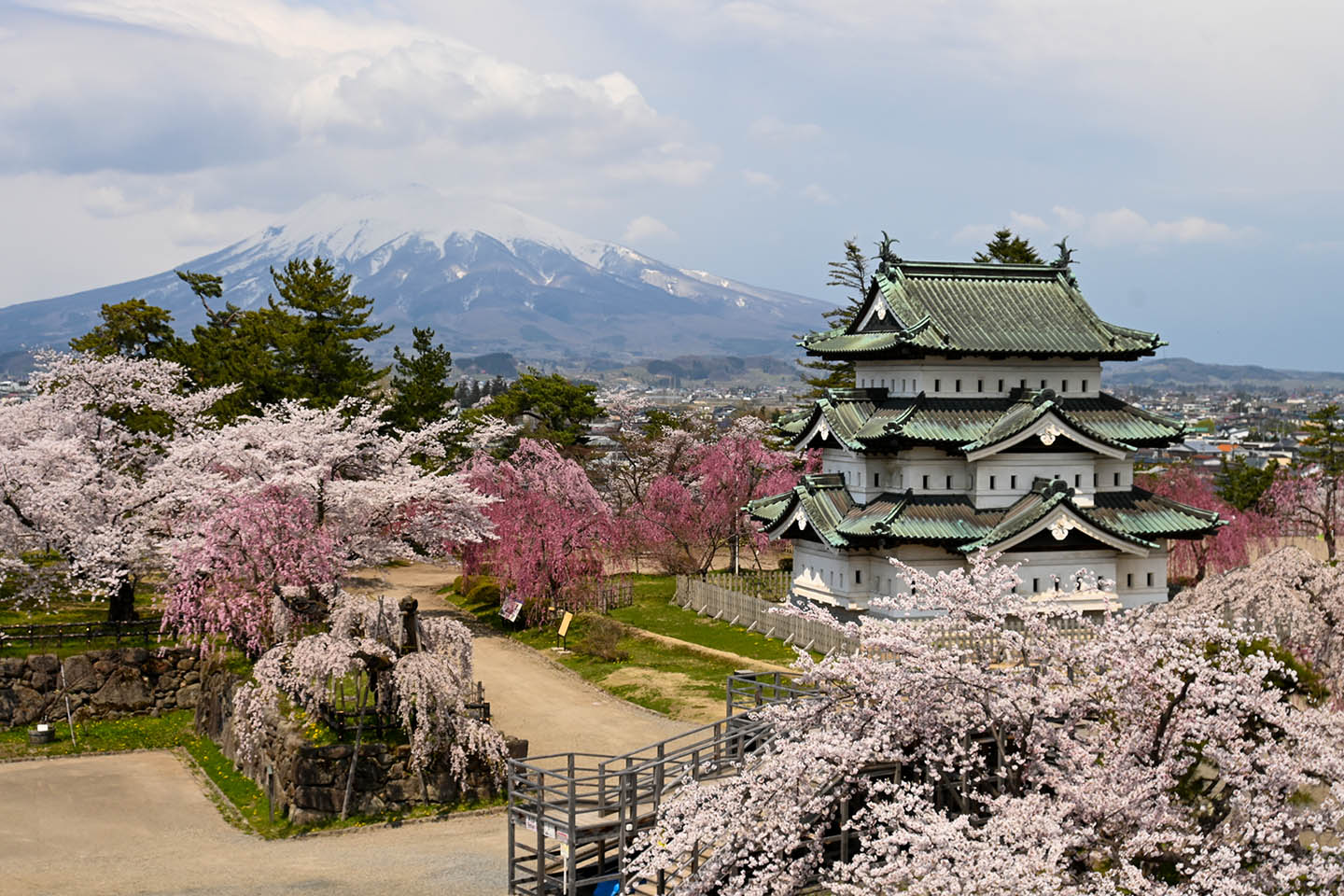 Hirosaki Castle is one of the few original castles left in Japan listed as one of the 100 Fine Castles of Japan. Because most castles in Japan were dismantled or burnt down because of the war and rebuilt later, amazingly, this castle still stands on the same ground as it was built approximately 400 years ago during the Edo period. Today, the castle ground is maintained as Hirosaki Park, which includes archives, an information center, and a botanical garden. It is a popular tourist spot where various events are held throughout the four seasons, and is one of the most popular cherry blossom viewing spots in Japan, attracting about 2 million visitors every year during the blooming season.