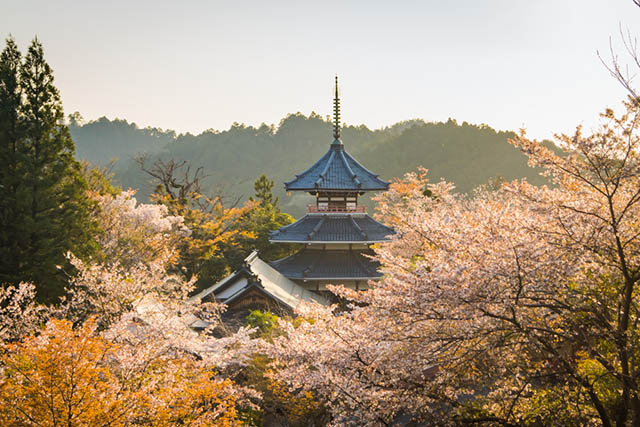 Where to Go Yoshino

Though the most famous time of year to visit Yoshino is during cherry blossom season, it’s still worth the short journey from Osaka or Kyoto any time of year. Thanks to its world heritage listed temples and shrines and the foliage filled hiking trails it’s the perfect peaceful getaway from the metropolis madness of Japan’s bigger cities.