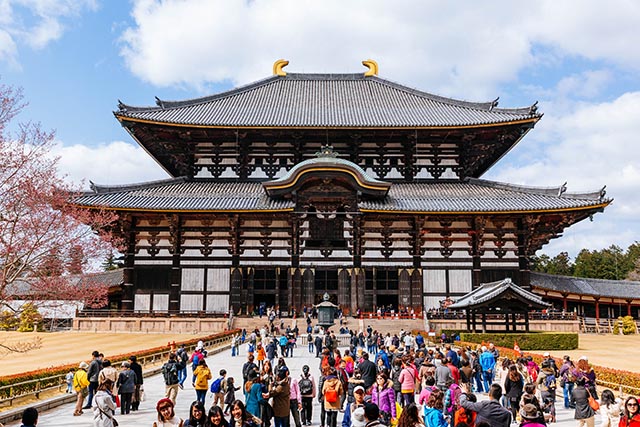 The spacious Nara Park is where you will find several of Nara’s most well known temples and shrines, as well as the 1,000 or so semi-domesticated deer that are what most people tend to associate Nara with these days.

The park, today an officially designated “Place of Scenic Beauty”, was established in the 1300s making it one of the oldest parks in the entire country. Nara Park is located about 5 minutes on foot from Kintetsu Nara Station and 15 minutes from JR Nara Station. Nara Park is full of things to see and do, here are a few spots that you definitely shouldn’t miss!