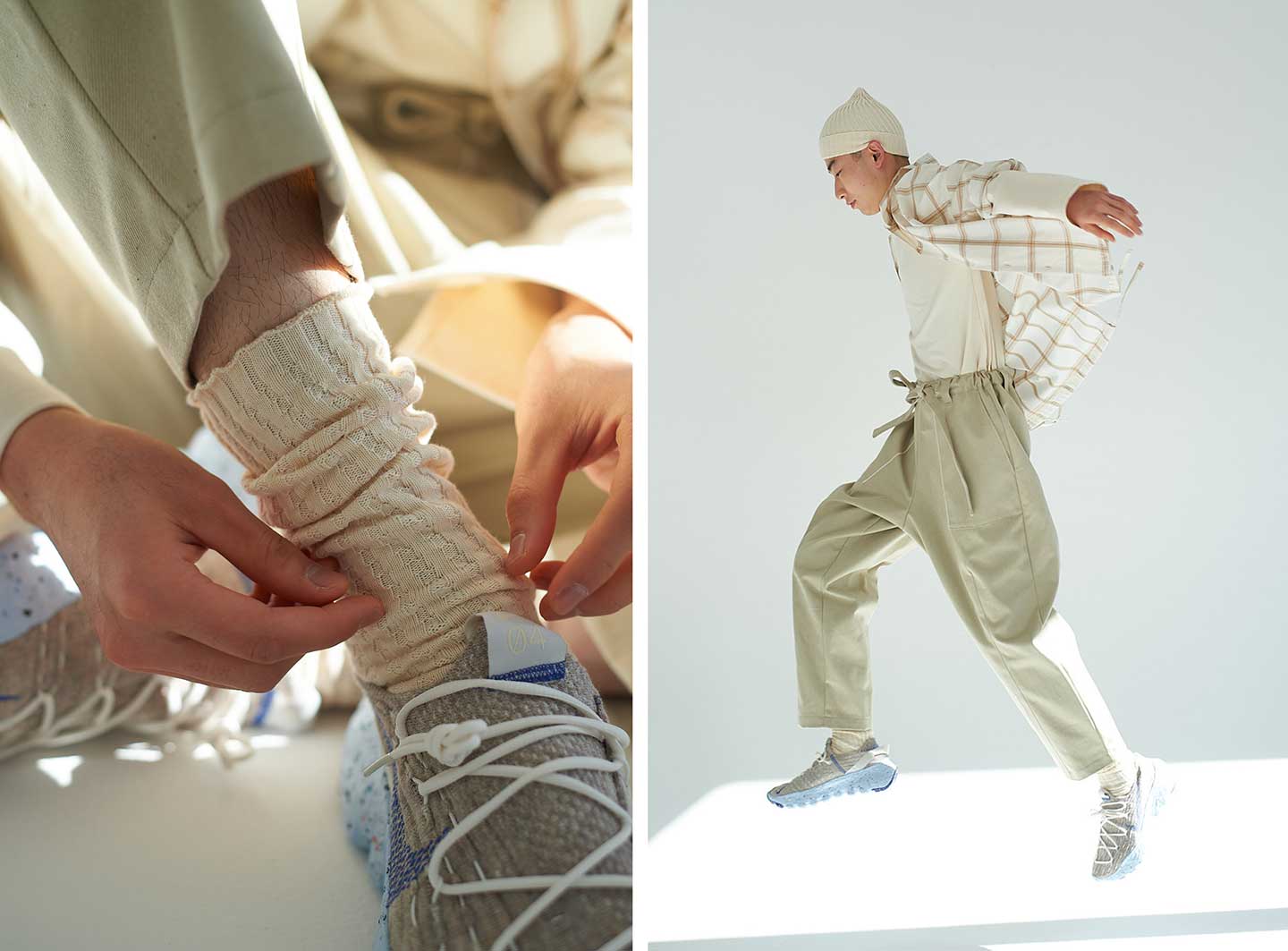 Detail of Syncs.Earth clothing and design

At first glance, it looks like any other white t-shirt. But on closer inspection, the tee from Syncs.Earth is very different. It has a crew neckline and relatively long sleeves. It has a dense weave and feels soft and smooth. It’s about one-third lighter than cotton but blocks ultraviolet rays. It also wicks away moisture and absorbs odors. Its best trick? It’s completely biodegradable. That’s all thanks to its secret: the shirt is made from traditional Japanese washi paper.