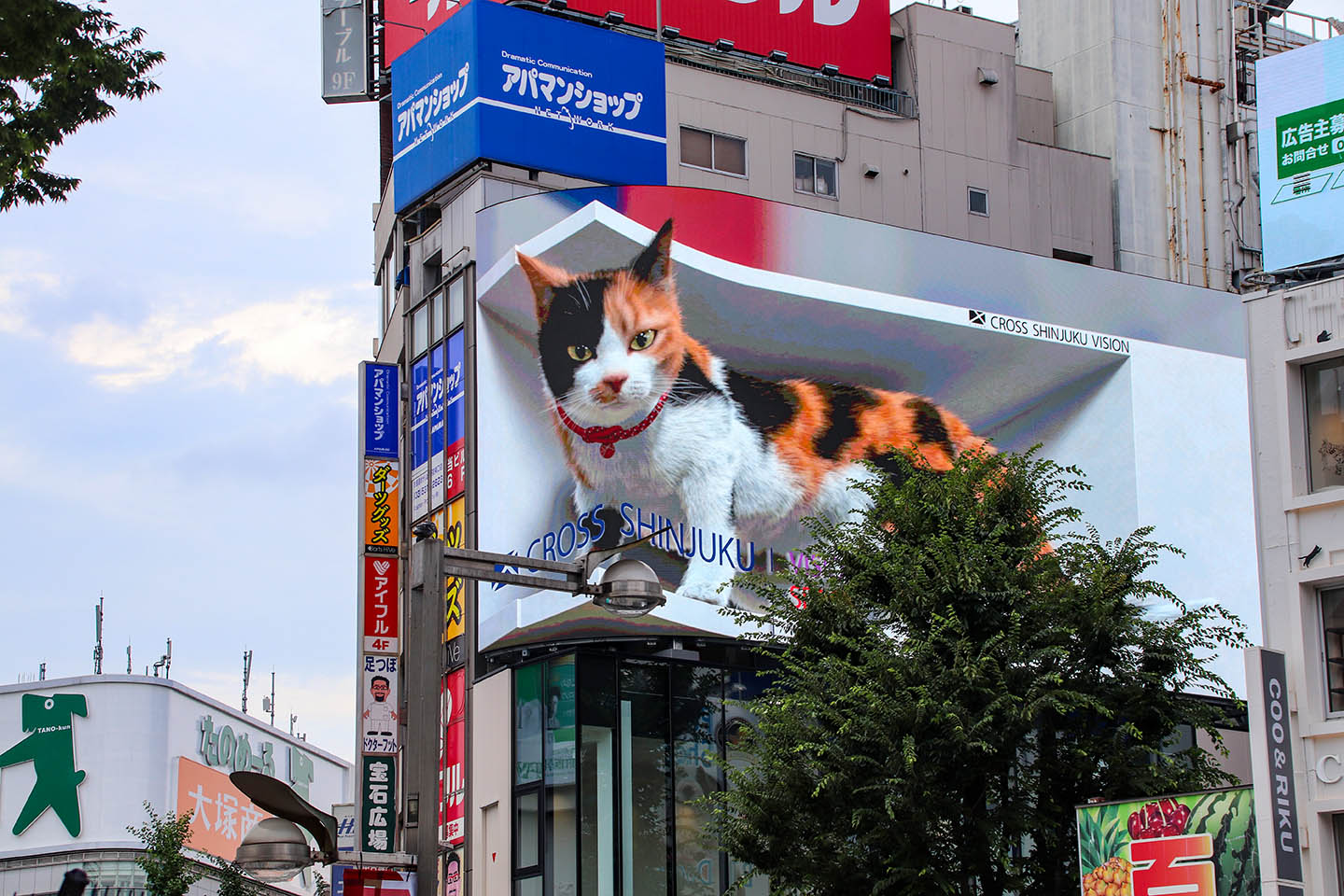 The huge 3D calico cat towering over the street of Shinjuku is attracting an audience. If Hachi the dog symbolizes Shibuya, then surely, this kitty yet to be named will be the iconic mascot of Shinjuku. Changing its behaviors from moving towards the edge of the billboard to meowing, yawing, stretching, and more between visual advertisements, this cat looms over the famous shopping districts in Shinjuku.