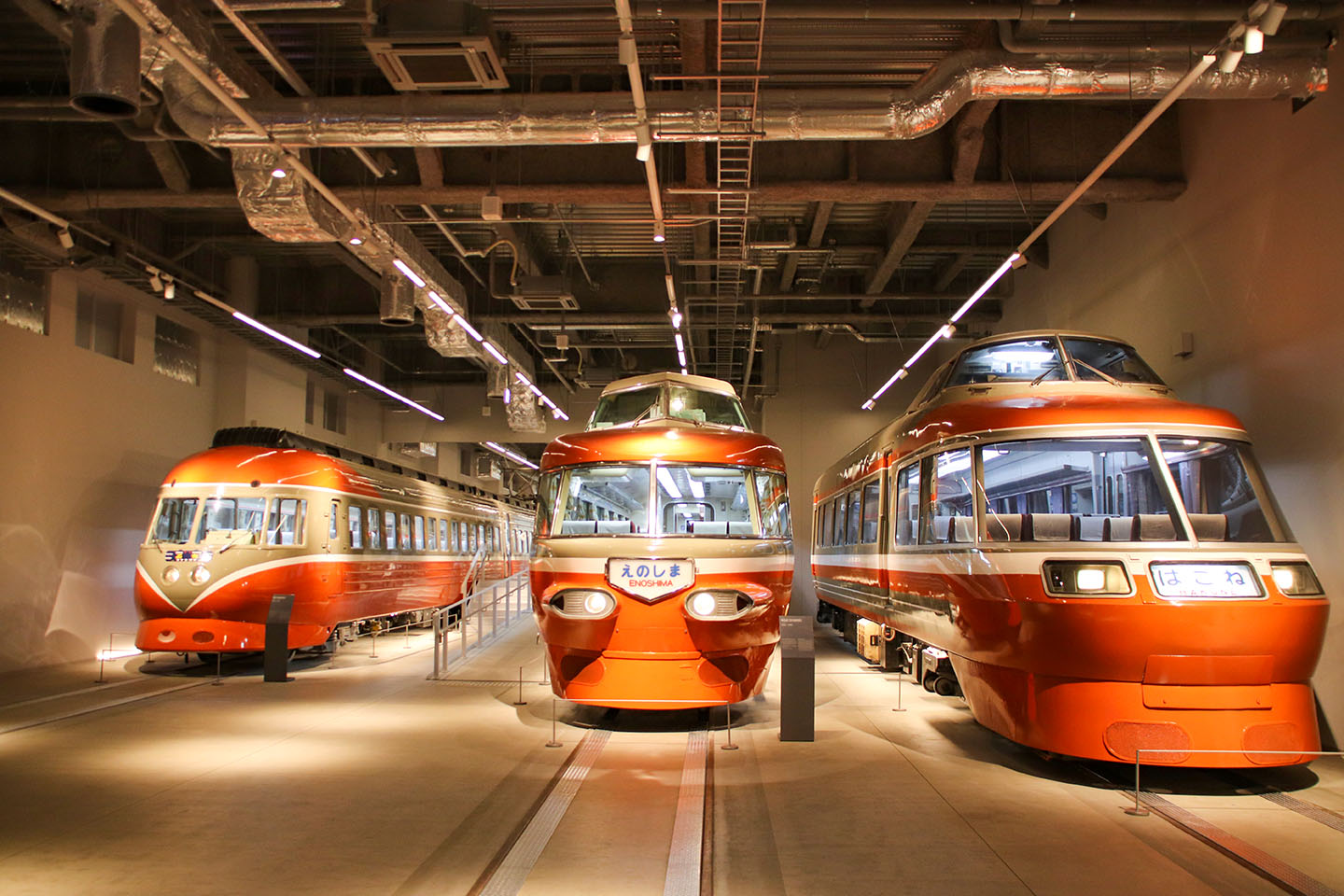 Since the opening of the Odakyu Line in 1927, this line has had a record of about 2.1 million passengers per day. There are three lines: the Odawara Line, which runs from Shinjuku Station to Odawara Station; the Enoshima Line, going from Sagami-Ono Station to Katase-Enoshima Station; and the Tama Line, running from Shin-Yurigaoka Station to Karakida Station. Many traveling to Japan would have at least once got on this line to go to Hakone, a popular onsen resort by using the limited express train, Romancecar. In comfort unbeaten on many trains, this luxurious tourist train ferries travelers in no seconds to areas like Hakone and Enoshima. This much loved express train is now exhibited at a permanent two-storied exhibition facility, ROMANCECAR MUSEUM, which is the first of its kind run by Odakyu Railway which just made its grand opening in April 2021.