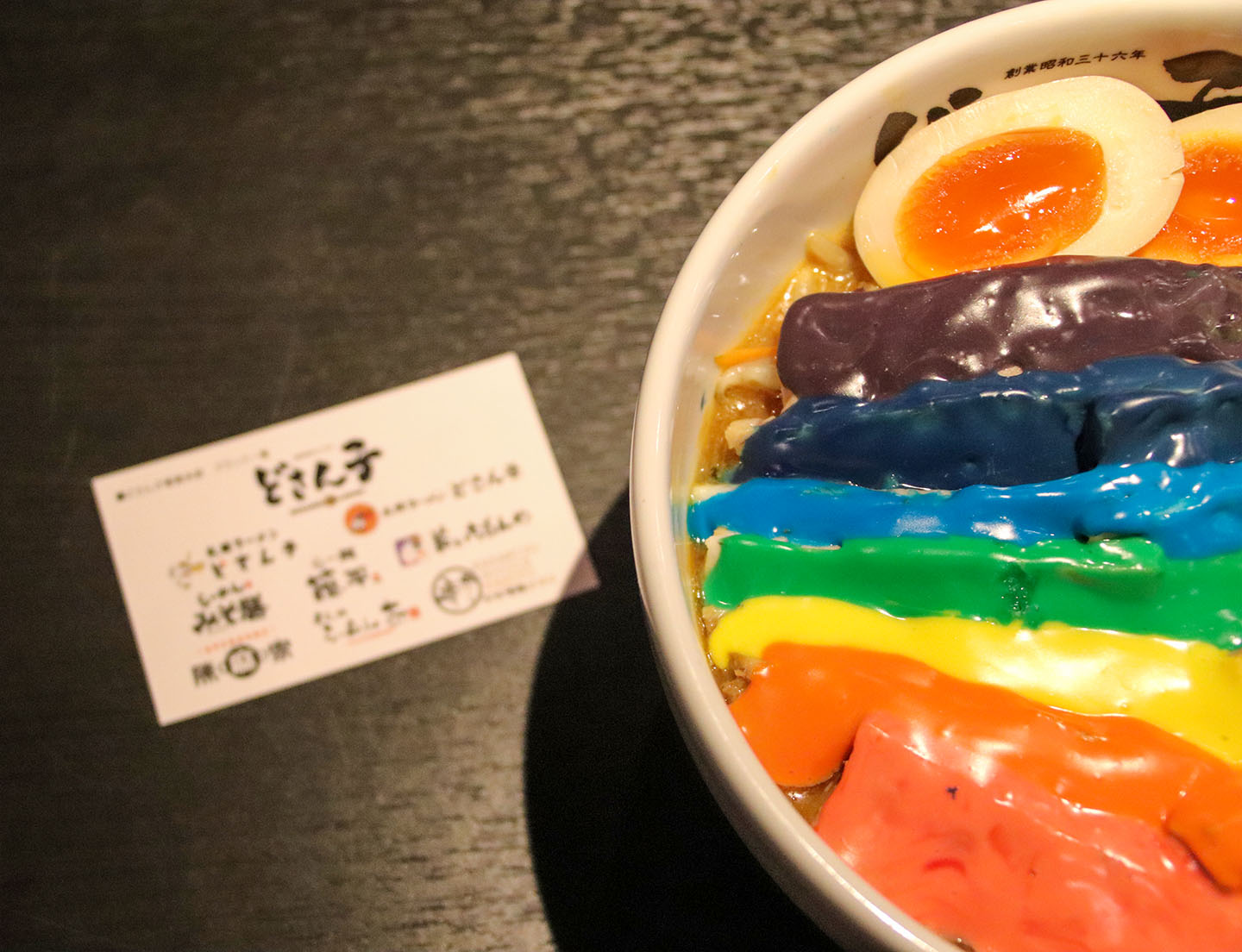 Spreading the happiness through ramen, Dosanko, a popular Japanese ramen restaurant has begun to serve extremely colorful new noodles, Happy Rainbow Ramen. Exclusively available at 6 stores with limited number of bowls per day, this ramen will surely break out the customers into a smile to perk the mood.