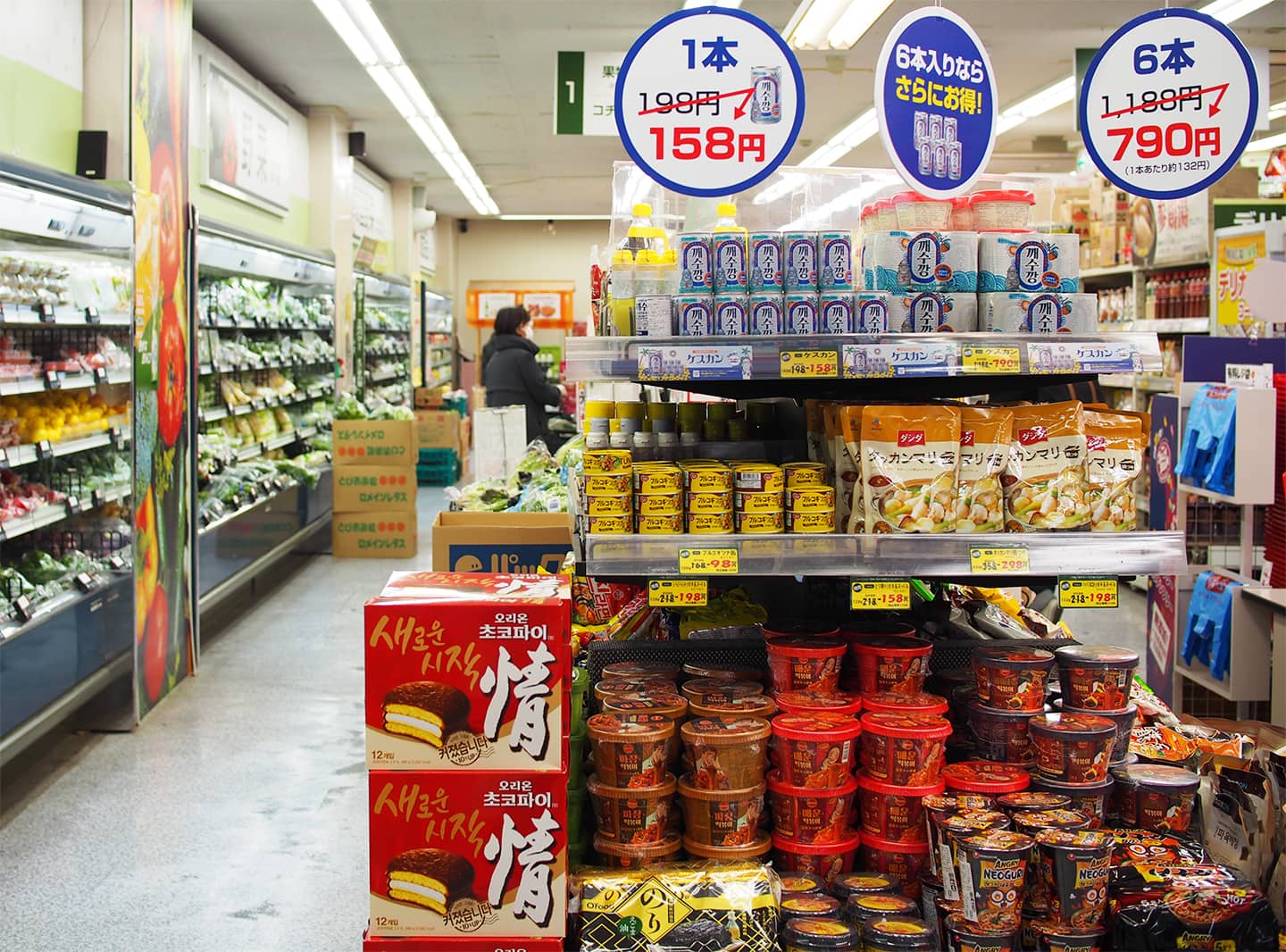 Kankoku Hiroba which translates to “Korean Plaza” is Japan’s biggest Korean grocery store supporting the culture of Korean residents in Japan. The store is lined with a vast selection from products like Kimchi, Kochijan, Makgoli, Korean seaweed and tons more and are said to have more than 2,000 kinds of Korean food. Mostlikely all essentials for Korean cooking can be found here and goods are imported directly from Korea. Not only food, but also Korean tableware and miscellaneous goods can be purchased here too.