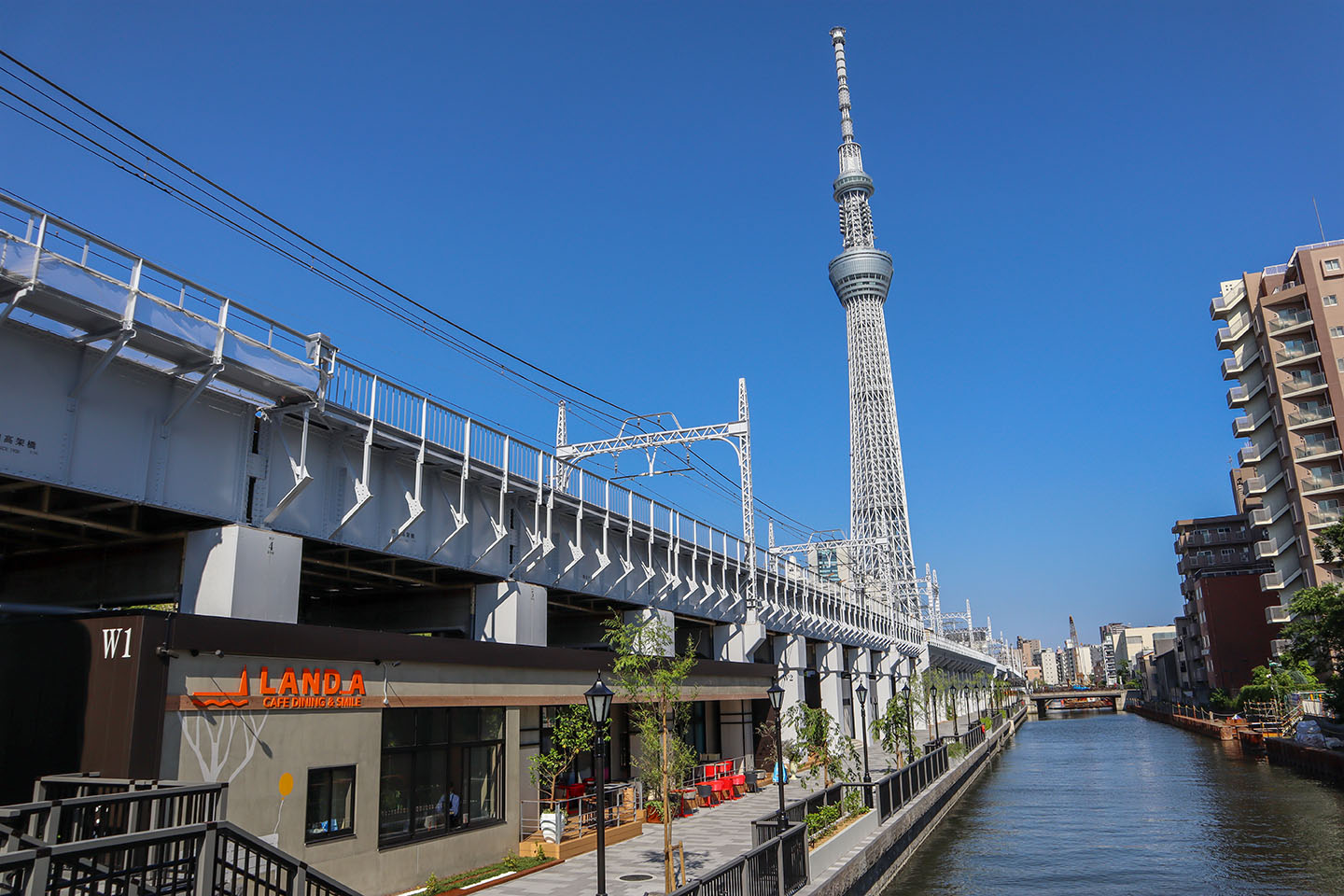 In June 2020, under the elevated railway tracks between Asakusa Station and Tokyo Skytree Station on the Tobu Skytree Line, a new commercial complex, TOKYO mizumachi has opened. With 14 notable restaurants, shops and a hotel, this new complex along the Sumida River is the next new hot spot with a nice open space and a pleasant view over greenery and water.