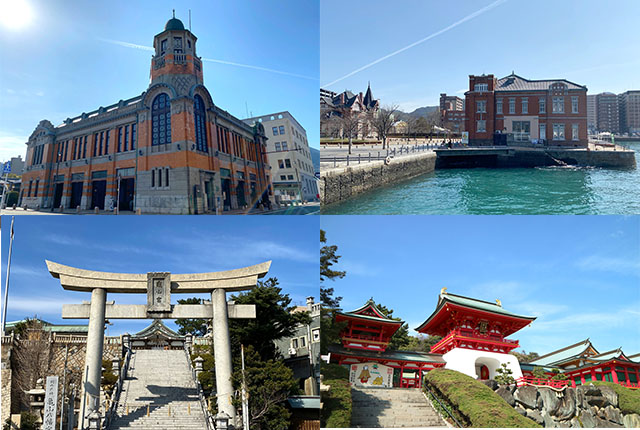 Highlights of Mojiko and Shimonoseki - access, food specialties and a one-day walking route

Located in Fukuoka Kitakyushu, Mojiko is a historic port that’s filled with retro-styled buildings and is famed as the birthplace of yaki (“baked”) curry. It’s con-nected to Shimonoseki across the Kanmon Strait via an underwater pedestrian tunnel, which is a unique engineering marvel. Shimonoseki is home to several his-toric shrines and architectural landmarks that make it a worthy destination in it-self, as well as featuring a lively market where you can feast on fresh sashimi. In this article, we’ll introduce the highlights of both cities, together with a popular walking route to help you make the most of your time sightseeing. We’ll also ex-plain the various options for getting to Mojiko from Hakata, whether you’re short on time or want the cheapest transport possible!