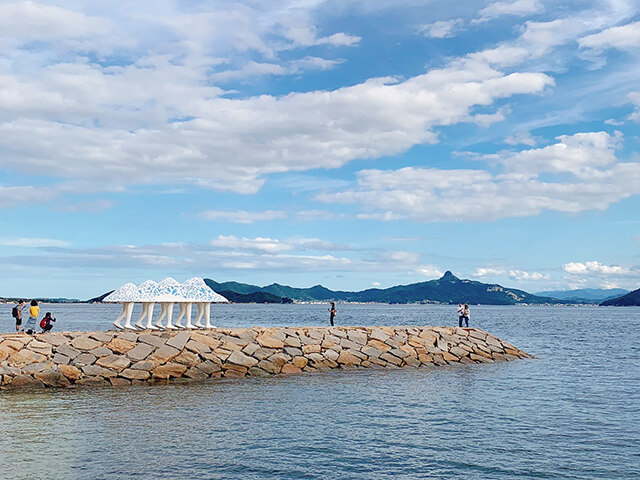 Kagawa Best Things to Do Islands

Just a short ferry ride from Takamatsu City lies the island of Ogijima in the middle of the Seto Inland Sea. It’s been dubbed Cat Island for its large number of feline residents, as well as hosting contemporary art exhibitions as part of the Setouchi Triennale (also known as the Setouchi International Art Festival). The island clusters around a picturesque port, with its narrow streets winding up a mountain towards the Toyotamahime Shrine. From here there are stunning views across the island and its watery surrounds. In this article, we’ll introduce some of the highlights of Ogijima and how to visit this charming island.