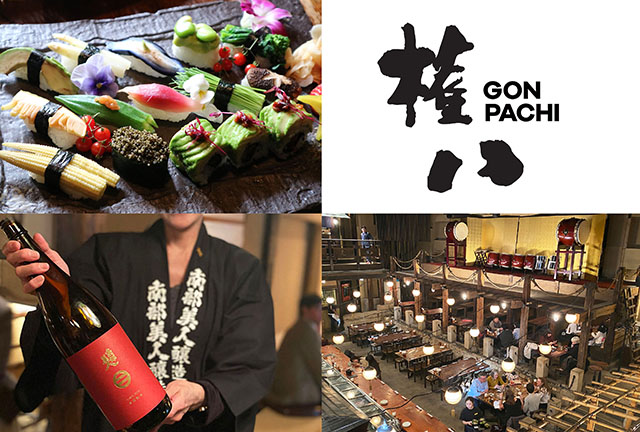 Specializing in sushi, kushiyaki (grilled skewers) and tempura, Gonpachi (権八) is a traditional Japanese izakaya that’s become popular with visiting tourists.
It’s named after a protagonist in Japanese kabuki and has several branches in Tokyo, including  Ginza and Shibuya.
In this article, we introduce the Nishi-Azabu branch that you can enjoy some of the vegan and halal dishes.