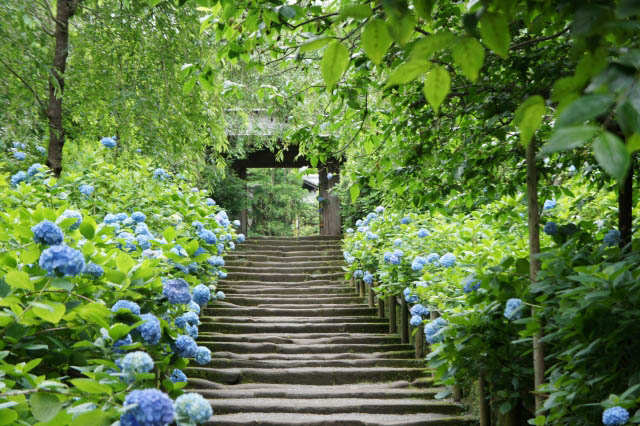 Most travelers avoid Japan during the middle of the rainy season (mid-June to mid-July), with high temperatures and humidity, as well as cloudy skies. But one attractive reason to visit during this season is the blooming hydrangeas, which are particularly stunning in and around the temples of Kamakura. This seaside city just south of Tokyo can easily be visited as a day trip from the capital and shouldn’t be missed if you’re traveling at the height of summer.

In this article, we’ll introduce some of the most beautiful spots for seeing hydrangeas in Kamakura to help you plan your trip.